My philosophy on concerts, is if you don’t get there early to try to be by the stage , then why bother. Needless to say waiting in line for an hour and half in a very cold wind, to see As Lions, SIXX am, Shinedown, and Five Finger Death Punch was well worth it. November 12th, Sioux Falls, South Dakota, a near sold out Denny Sanford Arena and we were in the front, arms on the rail.

The night started out with As Lions. A band that I honestly hadn’t heard of but was impressed with. A good opening band. High energy songs that I enjoyed. The next band SIXX am, is actually who I was initially most excited to see. I’ve always been a big Motley Crue fan. So I was looking forward to seeing Nikki SIXX. They surpassed my expectations. Amazing guitar from DJ Ashba. Everything was spot on. Honestly these guys could of easily been the headliner. Will definently see them again. Next up was Shinedown. A band that I like but am not a huge fan of. But I came away having huge respect for them. They took the stage with high energy and some crazy pyro. The biggest pyro and light show I’ve seen in awhile. These guys have come along way since I last saw them, years ago open up for Buckcherry. In the middle of their set, lead singer Brent Smith stopped the show to console a little girl who got caught in the middle of security pulling out a person during a fight. Respect. Because he didn’t have to do that. They played a great set. And gained my respect.

Finally it was time for Five Finger Death Punch. These guys have been on my short list of bands I still need to see for awhile. And they did not disappoint. Ivan Moody’s vocals were crazy good. Guitar work was amazing. Amazing light show. Everything you would expect. But in the middle of the set, something unexpected. They stopped and brought up some kids that were in the crowd. Autographed one kids birthday sign. Ivan gave a little girl a stuffed animal. And gave all the kids a Monster drink. Then let them all stay on stage during a song. Not what you would expect from this tough looking metal band. Again. Respect. I came away loving this band even more than I did before. Overall this concert was one of the best I’ve been to in awhile. Sometimes it’s more than the music that makes a great concert. 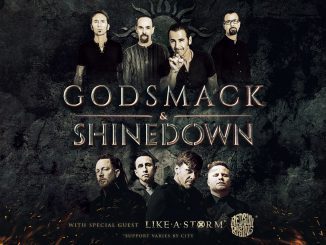 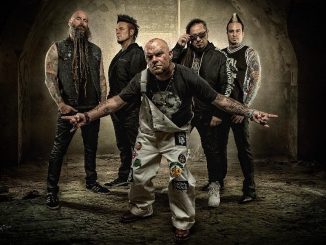 Five Finger Death Punch: Premiere New Song “When The Seasons Change;” New Album ‘And Justice For None’ Due Out May 18