the United States. This album is why they are one of my favorite groups today. Alter Bridge is back!

08. Deftones – Gore: Eerie, mysterious, eclectic, and artsy. These four words is how choose to
describe Deftones newest masterpiece. From the beginning to the end, Gore was a journey down
the rabbit hole. When I first heard the single “Prayers/Triangles,” I was mesmerized by its beauty
and eccentricity. Vocalist Chino Moreno has a haunting voice that can transform dark lyrics into
something exquisite. Though we still do not know what they are singing about, Deftones have
managed to create a striking album. The heaviest track “Doomed User” is the best song. It is
fitting to know that a band from the 1990s can still generate works of art with their brand of
metal.
07. Doll Skin – In Your Face (Again): Most girls in high school today would be listening to
Beyonce or Lady Gaga. Not for the ladies of Doll Skin. With their debut album In Your Face
(Again), they blend together hard rock and punk rock. They were first discovered at talent show
by Megadeth’s own David Ellefson, he brought them to his label and the world took notice.
Vocalist Sydney Dolezal has a razor sharp voice that brings fans to their feet, especially with the
song “Family of Strangers.” Not only that, guitarist Alex Snowden’s licks would rival that with
Lita Ford and Joan Jett. There is nothing too complex about this record. The simplicity of it
makes the album that more accessible. I cannot wait for the next one.
06. Amaranthe – Maximalism: “Sing me that song!” The first words I heard from their first
single off this diversified album. When I spoke founders Olof Mörck and Elize Ryd, they told me
that “That Song” would draw some attention both positive and negative. I focus on the positive
because it such an infectious song with a great pop hook. What is great about Maximalism is that
it takes more risks than ever before. Not only do they mix their metal pop, but they add a little
dance (“On the Rocks”), rap rock (“Fury”), and disco (“Limitless”). Even screamer Henrik
Englund Wilhemsson does an impressive job taking the lead with “Fury.” Mörck does an
excellent job creating new riffs to headbang to. Drifting further from their signature melodic
death metal sound, Amaranthe has not lost their touch when it comes to making good records
like this one. Their style approach may be changing, but their metal soul is still intact.
05. Stitched Up Heart – Never Alone: Ever since I saw this band starting out back in 2014, I
knew they were destined for greatness. This album is actual proof that I am not wrong. Armed
with stellar guitar licks from Merritt Goodwin and stupendous vocals by Alecia “Mixi” Demner,
Never Alone is a prime example of how cool Goth metal can be. With fantastic songs like
“Monster” and “Catch Me When I Fall,” this group could become the next Lacuna Coil and In
This Moment. Drummer James Decker is a beast behind the kit. All the songs go together nicely
and I am sure the fans will agree me when this album belongs in the Top 5. They have a good
following, but Never Alone will bring more fans to their already growing legion. Keep it up

Stitched Up Heart, the ride has only begun.

04. Gojira – Magma: The masters of the French metal scene bring us an album of epic
proportions. With Magma, Gojira decided to head into a direction that is more melodic than they
have ever done before. Guitarist/vocalist Joe Duplantier maintains his death metal snarl while
opting to sing more cleanly. A slight departure from their signature sound, they honed their
musical skills to craft complex progressive metal that can bring in new legions of fans. When I
heard “Stranded,” I was immediately caught up in the madness. Now Magma has been
nominated for Best Rock Album at the Grammys as well as Best Metal Performance for
“Silvera.” They have outdone themselves and it just makes me love them more.
I hope they pull off the impossible and win at the Grammys. All hail Gojira!
03. Metallica – Hardwired…To Self-Destruct: I have been waiting for over eight years for
Metallica to follow-up Death Magnetic. Well, the wait is finally over and it was well worth the
wait. A throwback to their early 1980s roots, the Kings of the Big 4 put together an album that
screams thrash. Powerful lyrics, pulse-beating drums, and thunderous riffs, Hardwired is
testimony to how the band has come and why they are still the number 1 heavy metal group in
the world. Lead guitarist Kirk Hammett played all his solos without writing them out before
recording. It was a spontaneous gamble that pays off. From “Atlas, Rise!” to “Moth Into Flame,”
these are marvelous tunes that every generation of Metallica fans can get behind. Their closing
track “Spit Out the Bones” is the best because the intensity of James Hetfield’s vocals gave me
goose bumps. I loved every song off this record. Welcome back, Metallica!
02. Megadeth – Dystopia: After the release of Super Collider and the departure of both guitarist
Chris Broderick and drummer Shawn Drover, I thought Megadeth was finished. However, I was
proven wrong with the release of Dystopia. Frontman Dave Mustaine keeps showing the metal
world that he still has a trick or two up his sleeve. Arming himself with new players like guitarist
Kiko Loureiro and drummer Chris Adler, this album has brought new life to the thrash metal
legends. Probably one of their most politically driven albums since United Abominations,
Megadeth dives deeper into the songwriting abilities to bring us great songs like “The Threat is
Real,” “Dystopia,” and “Post American World.” The dual guitar shredding by Mustaine and
Loureiro is out of this world. My favorite is “Poisonous Shadows” because Loureiro plays a
haunting piano part that makes it breathtaking. Adler played some of the best Megadeth
drumming since Nick Menza. Unfortunately, he had to leave due to his commitments to
Lamb of God. Welcome back, Megadeth!!!
01. Gemini Syndrome – Memento Mori: There are so many superlative albums from 2016, but
Gemini Syndrome’s sophomore release was a true masterpiece. Following the critically
acclaimed Lux, they executed a work of art with Memento Mori. The songwriting has gotten
better, the music is exquisite, and the whole tone of the record was. Though the mood sounds
melancholy, the message behind their songs was one of hope. With “Anonymous” and
Remember We Die,” they tell us to live life to the fullest. New members joined the group
(guitarists Daniel Sahagún and Charles Lee Salvaggio) brought new energy. Thought they were
not many solos, the guitar riffs these two performed are harmonious. Vocalist Aaron Nordstrom
is probably one of the best new voices in metal. His vocals were not only combative, but also
canorous. That being said, Memento Mori was awe-inspiring and will be looked back as
one of the best rock records produced.
This is my final list of which records of 2016 rocked my world. As I mentioned before, so much
great music but only a few stood out. It was great seeing both Megadeth and Metallica return to
form that satisfied ears. Congratulations to Gemini Syndrome for the top spot because they truly
deserved it. For groups like Doll Skin, Fire From the Gods, Black Moods, and Stitched Up Heart,
I look forward to the future. I have a feeling 2017 will rock even harder. To every band that made
the list, I salute you. Horns up!!! 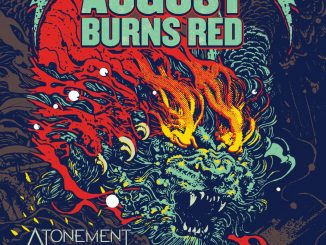 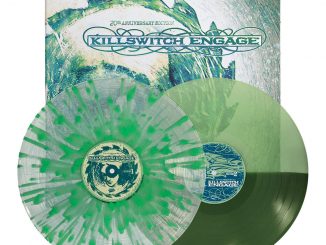 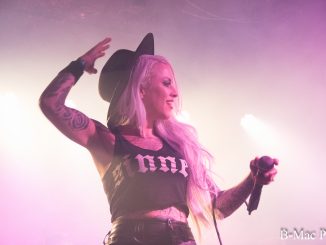