It’s been 8 months since Flight 619 performed together on stage as a band. The group has been busy making a few mechanical adjustments to their lineup and while doing so, actively preparing for their full-length CD which is expected to drop later this year. Stay tuned, because the artwork is being done by myself and excited to unveil it upon release.

Friday night, Flight 619 sold out the Empire and for two good reasons. One, I know a lot of their Akron fans were anticipating their return to the stage. Two, the Empire Concert Club & Bar celebrated their 3-year anniversary as the best small venue to play at in the Akron area. That last part is purely my assessment. But seriously, the Empire is a fantastic, intimate venue to play at if you’re a local band or an observer. The stage setup is the Rolls Royce. A shit load of flashy lights to create an aura, fog machines to make any band look epicly bad ass, and an amazing sound board with knowledgeable sound techs to give you the best output. Did I forget to mention they have guitar mounts on stage?!

The original lineup of Flight 619 still consists of founding vocalist, Dakota Wilkinson and Dylan Roth on drums. Mark Matthews is back on the low-end of the sound where Dave Rudolph is the newest addition hammering chords on lead guitar. For the band not playing for some time, you’d expect hiccups and rusty gears in the engine, but when you’re Flight 619, you always follow through with your pre-flight checklist to make sure all elements are in full working order. The band unveiled two brand new songs never played live. “Dying Daze” and “My Gardenia” are two powerful songs backed with killer guitar harmonies that are sure to be ballads on the album.

Thanks to the whole staff of Flight 619 for having me out. It was really nice to see a lot of familiar faces and felt like a big ole family again. Go check the band out on Facebook and make sure to give them a “like”. 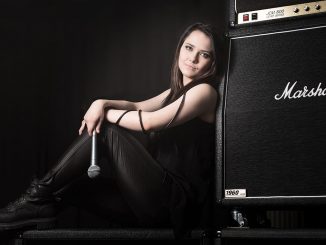 Artist to Watch: Flight 619 taking over the airwaves