I feel like I found the golden ticket in a bar of chocolate after listening to this EP.  Tartarus, the 3rd EP from Killing Gods, based out of the Windy City, is an absolute breath of fresh metal infused air.  The EP features 5 songs, that each have a distinct tone and personality.  Vocalist Jordan Gomer, has the vocal skills of a true Metal god, like one of the founding fathers of metal. I seriously had to compare this guy’s date of birth to the death date of Ronnie James Dio, to rule out reincarnation. The overall style of this band is hard to define, due to the fact, that they as a collective, morph from pure metal to punk to nu-metal and back again. The band’s website states Killing Gods is a Rock/Hard Rock Alternative band, however, I think that genre description is a tad on the mild side, since it is lacking the words “badass metal”.   The band is not signed to a record label, which is a darn shame.  “Tartarus” is an expertly produced package, thanks to Jordon Popp at Glasswall Studios, in Saint Charles IL.  Mastering was done by Aussie Ermin Hamidovic of Systimatic Producitions, who is revered as one of the best in the recording world, and his work on “Tartarus” is proof of why.

Track #1, “Four-Letter “F” word, starts out with a deceivingly mellow intro for about 40 seconds, then all hell breaks loose.  Heavy handed guitar chords set the dark, foreboding tone of the song.  Bass player Greg Sturman, shines immediately with his masterful diatonic progression, creating a riff-driven composition. Vocals seem to float above the instrumental lines, driving the lyrical sentiments deep into the listener’s brain. The bridge is an interesting concoction of spoken word, rolling rhythm foundation and power chords. The outro is a continuation of the powerful layering of all four individual musical voices.  The entire song incites a feeling of empowerment and rebellion.

“Prison Planet”, track# 2 begins with an almost punk feel, thanks to the intertwining guitar and drum lines in a rapid cadence. The show stealer in this song, is drummer Ozzie Rodriquez starting at the bridge.  Rodriquez incorporates a tweaked heavy metal gallop, that Neil Peart would be jealous of; while Front man Jordan Gomer flexes his vocal muscles, doing smooth octave spans. The breakdown at the bridge caused me to catch a case of the goosebumps, which I blame on the haunting wordless vocals and rolling percussive gallop.  The power of this song is unrelenting, and lasts until the last note fades.

3rd track, “Mind Cuffs”, sucks the listener in with a freaky psychedelic first verse, featuring a distortion saturated guitar line. Lyrics that begin with “Swallow me, I swallow you” deceives listener’s perception of the vibe of this song. The tone of the song changes abruptly, as guitarist Danny K, switches to a heavily grunge influenced style, supported by an equally gritty bass line.  Vocals are piercing during the chorus, thanks to the repetitive cadence of the lyrics, “Burning out, Burning Out, Burning out now.” The energy emitted by lead vocalist, is palpable and all I could picture, is front man Jordan Gomer jumping around while singing this section.  I hate to use the word “hooky” but that describes this tune.

“The Sound of Feet”, track #4 is proof that there is hope for the new generation of musicians.  Vocalist Jordan Gomer, delivers his message while seemingly channeling Getty Lee and Klause Meine.  As I stated in my intro, this dude has the vocal style of what the founders of Heavy Metal are famous for, a pure pitch and multi-octave range. The tone of the song, is power ballad on steroids, with a structure containing bold guitar chords and punchy drum beats. This song is a gold mine, full of thought provoking lyrical gems.  My favorite is “They kill us for pleasure, they kill us for fun”, how deliciously twisted is that?  The chorus brings about a completely different feel, thanks to a prominent bass line and change of tempo.  I adore the vocal effects incorporated into the second part of the song.

Track #5, “Seven Year Sentence”, made me check to see that the band had not substituted bass player Greg Sturmon with Tool bassist, Justin Chancellor.  Yep, he is that good.  Sturmon absolutely transforms the song’s tone immediately, as he begins his part at about 1 minute into the track.  Guitarist Danny K fills the composition, with wonderful distorted effects and equally clean and concise riffs.  This track proves, that the guitar solo is still a viable part of modern metal.  I especially like the complete texture change at the end of the bridge, conveying a feel of introspect, continuing until the song wraps.

Simply stated, there is not a weak track on this EP, each song is single worthy.  I have never wanted to start a record label as much as I did, after I listened to this masterpiece.  The 4 musicians of Killing Gods each have musical talent, up the proverbial wazoo, and the band has collectively created a uniquely genuine pure metal sound. “Tartarus” is available now, and as I have made clear above, these guys are the genuine metal article my poppets. Because I love all of you little metal miscreants, I strive to make you aware of excellent examples of Metal thunder, this album is nothing short of just that! So, get out there and buy the album, go to a show, and as always BE THE METAL.

Purchase the album on Bandcamp Here 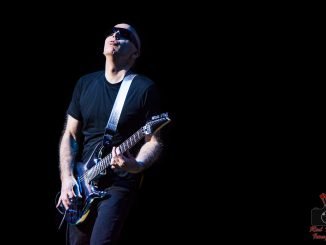 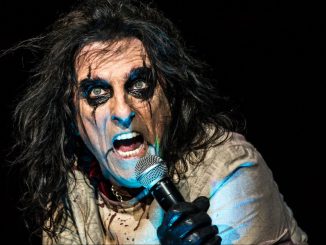 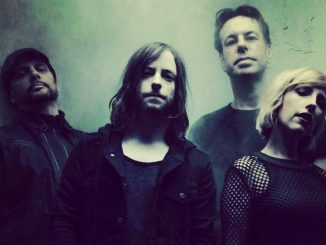