New Covers Compilation, Under Cöver, out September 1, 2017 via Motörhead Music

Celebrating their love of interpreting the music of fellow legends and giving it a thorough ‘Motörheading’, MOTÖRHEAD recently announced the release of their upcoming covers compilation album, Under Cöver – a collection of some of their best covers.
Today, MOTÖRHEAD have released a never-before-heard cover and music video of David Bowie‘s timeless classic “Heroes”. The music video features massive performance footage and heartwarming behind the scenes images and video of the band. Recorded during the Bad Magic sessions in 2015 by Cameron Webb, “Heroes” was one of the last songs MOTÖRHEAD recorded together. Listen now, exclusively via Rolling Stone: http://www.rollingstone.com/music/videos/hear-motorheads-gritty-cover-of-david-bowies-heroes-w495465
“It’s such a great Bowie song, one of his best, and I could only see great things coming out of it from us, and so it proved to be,” says Phil Campbell, “and Lemmy ended up loving our version.”
“He was very, very proud of it,” says Mikkey Dee, “not only because it turned out so well but because it was fun! Which is what projects like this should be – fun!”
To that ethic, the rest of the album contains loud and proud, raucous and raging rock ‘n’ roll takes on the likes of “God Save The Queen” (Sex Pistols), “Cat Scratch Fever” (Ted Nugent), “Rockaway Beach,” (The Ramones), Breaking The Law” (Judas Priest) and “Whiplash” (Metallica) which earned the band a Grammy in 2005 for Best Metal Performance.
Under Cöver will be available in 1CD (Digi pack), 1x 180 grams Black Vinyl in gatefold, Super Deluxe Boxset (1CD digipack, 1x 180 grams black vinyl, patch and VIP guest pass), Digital Audio and MFiT Audio.
Pre-order here:
CD: http://hyperurl.co/MHUnderCoverCD
Vinyl: http://hyperurl.co/MHUnderCoverLP
Boxset: http://hyperurl.co/MHUnderCoverBS
iTunes: http://hyperurl.co/MHUnderCoverIT
Under Cöver Track Listing:
1. Breaking the Law (Produced by Cameron Webb) 2008
2. God Save the Queen (Produced by Bob Kulick and Bruce Bouillet) 2000
3. Heroes (Produced by Cameron Webb) 2015
4. Starstruck (Produced by Cameron Webb) 2014
5. Cat Scratch Fever (Produced by Peter Solley) 1992
6. Jumpin’ Jack Flash (Produced by Bob Kulick and Bruce Bouillet) 2001
7. Sympathy for the Devil (Produced by Cameron Webb) 2015
8. Hellraiser (Produced by Billy Sherwood) 1992
9. Rockaway Beach (Mixed by Cameron Webb) 2002
10.Shoot ‘Em Down (Produced by Bob Kulick and Bruce Bouillet) 2001
11. Whiplash (Produced by Bruce Bouillet and Bob Kulick) 2005
All songs performed by MOTÖRHEAD.
MOTÖRHEAD is:
Lemmy Kilmister – Bass/Vocals
Phil Campbell – Guitar
Mikkey Dee – Drums 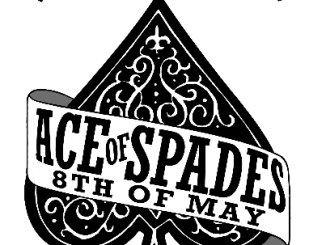 Celebrate the Loudest Day of the Year – MOTÖRHEAD DAY! 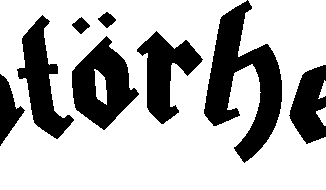 MOTÖRHEAD Wish You a Merry Hall of Fame Meme Christmas!