During the glory years of hard rock and glam metal back in the 1980s, Los Angeles was one of the most prosperous places to be discovered, if you were in a rock band. Oh, how I wished I could have been there in its heyday. The streets would be filled with all kinds of fans, sporting t-shirts of bands they are supporting, drinking different brands of alcohol, trying to score with a chick or guy, and going to the clubs on the Sunset Strip to hear down and dirty rock ‘n’ roll. Poison, Mötley Crüe, Ratt, Cinderella, and so many others helped bring the LA rock scene to life. One of those groups, dubbed Black Bambi, destined to join their brothers in superstardom grandeur. They finished their self-titled debut album in 1990, and it was to be put out by Atlantic Records. Unfortunately, that was not meant to be, and the album was shelved. After much fan support and a new label willing to release it today, Black Bambi has reemerged, and is more determined to recapture what it once had.

Black Bambi is your typical glam metal record, but it is so much more than that. Frontman Steven Ray Anastos has an incredible vocal capability, that is similar to Stephen Pearcy of Ratt and Jeff Keith of Tesla. He has high energy, and raw emotions. His partner in crime, guitarist Ronny Jones, electrifies the album with his cool riffs he has crafted. These two artists make for a lethal combination that could rival Bret Michaels and C.C. DeVille of Poison, or Steven Tyler and Joe Perry of Aerosmith. I especially enjoyed the song they penned, “Seven Miles to Rome,” because it reminds me of the mystical take Bon Jovi took on “Wanted Dead or Alive.” Bassist John Grimmett and drummer Dave Casey deliver the songs home, with their tremendous rhythms. Grimmett plays a mean bass; I particularly enjoyed the beats he gave in “Cry Blackbird Cry,” one of my favorites.

They have written some fantastic songs that spell out 1980s hard rock fun. From “Lay Me Down” to “The Celebration” and “Mary’s Birthday,” Black Bambi takes me on a journey of rock ‘n’ roll fun. Jones is a master at shredding. I wonder why nobody is even talking about how good he is at ripping up badass solos, like you hear in “99 and a Half.” I believe that song is about giving it all you got, and adding a little more to one’s efforts. I honestly cannot get enough of that song.

This album reminds me of all the things I loved about the 1980s era of hard rock/heavy metal. It is a shame Black Bambi had their shot taken away by corporate bullshit. Thank God for 20th Century Music for recognizing the awesomeness of this album, and bringing to the light for the first time. While it may seem generic sounding given the time period, I truly dug their sound and would have given anything to catch them in their prime. Black Bambi is one of those lost gems that been rediscovered, ready to show off to the world. I hope they put a tour together soon because I want to hear them live and headbang like crazy to them. To Black Bambi, I salute you. Horns up!!! 9/10 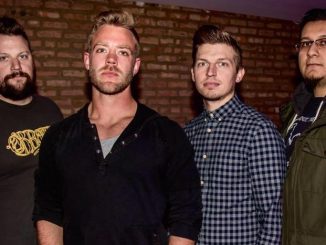 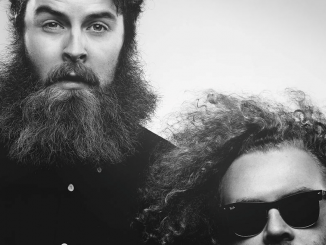 Album Review: We Are Castor, Doep 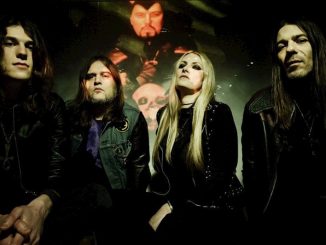