It can be weird when a well established musician goes from one successful band to another. So many questions come through the mind: will the music change, will the new guy do well in the band, what will the fans reactions be, etc. Some bands have flourished in the aftermath of a line-up change (Van Halen, Amaranthe, Black Sabbath), while others have stumbled (Quiet Riot, INXS, Bad Company). Saving Abel, the post-grunge hard rock band that brought us the classic “Addicted,” has recently undergone some major change. In 2013, original frontman Jared Week left the group to pursue a solo career, and was replaced by Scott Austin. The band has gone through another this year, with the addition of bassist Scott Wilson. Formerly of Tantric, Wilson replaces Saving Abel’s longtime bass player Eric Taylor. I interviewed Wilson about a couple months ago, and we discussed a lot of stuff, including joining this band.

Wilson left Tantric after 4 years because they could not get a record they were working on done, and he gave himself a deadline. For the record, he has no animosity for Tantric leader Hugo Ferreira. He toured with Tantric on last year’s Make America Rock Again tour, and Saving Abel was on the bill. He goes on to tell how Taylor told him that was he was possibly leaving music all together, and after it was made official, Saving Abel reached out to him and asked him to join. We would talk about which moment convinced him to switch bands. I asked him what the main difference was, musically, between Tantric and Saving Abel. He thought is a really good music question, and gave me his explanation. He describes Saving Abel as a southern rock band with a twist.

We also discuss the excitement of Saving Abel’s original drummer, Blake Dixon, rejoining the band the same time as Wilson coming aboard. When it comes to writing the songs, everybody pretty much contributes in some form, but it is mostly done by lead guitarist Jason Null. Wilson is also a well-known producer, and says he will probably act as an executive producer on the next record they are currently working on. Our call got dropped briefly, but I was able to get him back and he went on to answer my Beatles or Rolling Stones question of curiosity, which actually kind of stumped him.

It was great talking to Wilson. He certainly knows his music, and he is super excited to be working with Saving Abel. As to whether the band will do well with him on bass, I would say the future looks rather bright and promising. They do plan on doing a little mini tour this year, but will focus on getting their new music ready. Saving Abel is lucky to have added this multi-talented musician to the fold. Despite the drop call, we played off as a simple mishap and moved forward. I cannot wait to hear what they cook up next. You can be sure, that I will give the new album a listen, once its drops in stores. To Scott Wilson, I salute you. Horns up!!! 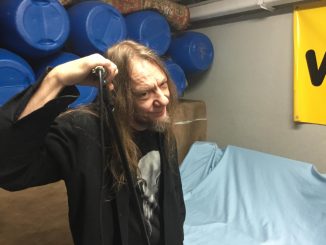 Interview with Chritus Linderson of Lord Vicar, and Python 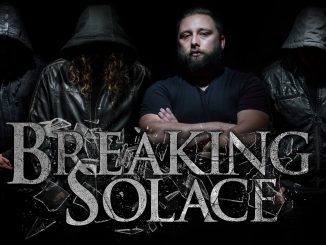 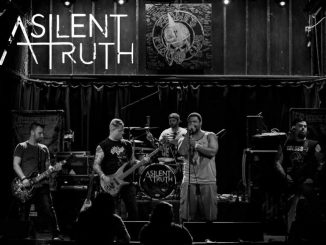 Interview with A Silent Truth