A few weeks ago, I did an interview with guitar wizard MIKE KERR, for his band The Mike Kerr band and now I am happy to bring to you another project he has put his heart into; FIRSTBOURE. This band is based out of Boston, and has a very special vocalist in Adrienne Cowan, who might sound familiar from her work with this band and also the metal band Amaranthe and Seven Spires. Along with these talented artists the band rounds out with Ven Thangaraj on bass and Joe Bertola on the drums.

FIRSTBOURNE’s first EP entitled “RIOT” brings in a broad range of fans with arena rock styling and a powerful and strong metal vibe. Attach that with some good songwriting, sing-able melodies, meaningful lyrics and some damn catchy hooks, you will whet your appetite with songs like “PICK UP THE TORCH,” “CONTROL,” “WHEN MORNING BREAKS” and the anthemic sound of “HOME.”

I had a chance to speak with Adrienne and Mike about the formation of the band, how school defined them and also what the band’s favorite tracks are on the EP.

HOW DID FIRSTBOURNE COME TOGETHER, AND WHAT WERE YOU LOOKING FOR IN BAND MMEBERS WHEN PUTTING THIS PROJECT TOGETHER?

Adrienne: FIRSTBOURNE was the result of years of collaboration between me and Mike – at some point after so many people saying we should form a band together, we finally did! I love everything about his artistic expressions; he is open-minded and totally old school when it comes to rock and metal, and this brings out parts of me that I don’t normally get to exercise. Ven was a longtime friend of Mike’s, as was Joe, so the lineup came together very easily.

Adrienne: I am the vocalist and one of the writers, and I am a huge nerd when it comes to songwriting and composition. I have moved countless times in my life and lived overseas for six years, and I think this feeling of everywhere/nowhere being home has very much shaped who I am as a person and as an artist.

Mike: My name is Mike Kerr, I’m the guitarist and one of the writers of this band. I’m also a guitarist of a disco band, country band, 80s cover band and my instrumental band the Mike Kerr group. I was raised as a butcher so I know how to use a knife.  Ven Thangaraj is the bass player and aside of the music part of his life he runs several companies.  Joe Bertola plays drums and is the owner of Bertola Custom homes in Waltham, MA.

WAS HAVING A FEMALE VOCALIST IN THE BAND THE IDEA YOU HAD WHEN PUTTING TOGETHER FIRSTBOURNE? HOW DO YOU FEEL A FEMALE’S VOCAL RANGE ENHANCES A SONG?

Adrienne: I have to say, I am really not super fond of questions like this. I am a vocalist and I write for my personal range and strengths, just like any other vocalist! Plus, there have never been any kind of thoughts like “Oh, well there’s a LADY in the band now, so we can only write ___ kind of songs” or anything like this.

ADRIENNE ALSO PLAYS WITH SEVERAL OTHER BANDS HOW DOES THAT WORK OUT FOR THIS BAND?

Adrienne: I’ve operated this way ever since I started playing in bands when I was 15, so by now my time management is fantastic; It is fine! We work out when it would be best to book tons of shows for all of our schedules – mostly it is me and Mike who have crazy unavailability sometimes – and then we write remotely and continue to release videos and other things when it’s not time for FIRSTBOURNE to be on the road.

ARE YOU ALL FROM BERKELEY SCHOOL OF MUSIC AND HOW WAS THE LEARNING EXPERIENCE LOOKING BACK ON IT NOW?

Adrienne: I am the only Berkeley grad, actually, although Mike took guitar lessons from Joe Stump, who teaches there. I studied mostly composition, and although it was honestly the most grueling period of my life so far, the knowledge and connections I am armed with now in nothing short of indispensable.

YOU RELEASED “RIOT” BACK IN 2016. FOR PEOPLE WHO HAVE NEVER HEARD THE BAND BEFORE, HOW WOULD YOU HYPE UP THE RECORD AS A WHOLE?

WHAT IS YOUR FAVORITE TRACK YOU WROTE ON THIS RECORD AND WHY?

Mike Kerr: My favorite track is PRETEND: love the composition and dynamics

WHAT IS YOUR FAVORITE TRACK TO PLAY LIVE OFF THE RECORD AND WHY?

Mike: I love to play RIOT! It is pentatonic land for me and Pick up the torch because it has the most Shreddy solo 😀

YOU GUYS ARE BASED OUT OF BOSTON, BUT FOR ONE OF YOUR FIRST TOURS YOU WENT TO CHINA. HOW DID THAT GET PUT TOGETHER AND HOW WAS THE TOUR ON A WHOLE?

Adrienne: The tour itself was an amazing experience! JOYO and Chaser were so good to us, and the crowds every night were wonderful to us. On a personal note, I am half Asian, and it was the first time I’d ever had the chance to see that part of the world.

THE BAND SEEMS TO HAVE FANS WORLDWIDE. FOR A BAND WHO IS GETTING STARTED AND WANTS TO HAVE SUCCESS LIKE THIS, CAN YOU GIVE THEM SOME ADVICE ON HOW YOU GUYS GOT YOUR NAME OUT, NOT ONLY IN THE STATES BUT PRETTY MUCH WORLDWIDE?

Adrienne: These days, we live in a digital and borderline-narcissistic world. Social media has been an incredibly useful tool for us when it comes to reaching and interacting with fans outside of the US, or even fans in states we haven’t visited yet. But the way I look at it, good self-promotion is about developing the ability to read and adapt to an ever-changing environment.

HAS THERE BEEN WORK ON A NEW CD?  IF SO HOW HAVE YOU GUYS GROWN AS MUSICIANS AND WHEN MIGHT WE SEE A NEW ALBUM?

Adrienne: Mike and I have been working on a new album, yes! Of course, all of us are always pushing ourselves to become better as individual musicians. But, the writing process for the new album is much more collaborative – “RIOT” was a collection of mostly songs we had written on our own and brought to the group, but the next album is truly songs that are ours together. When the album is unveiled remains to be seen!

HOW CAN PEOPLE PICK UP THE MUSIC OR STAY IN TOUCH WITH THE BAND?

We are on iTunes, Spotify, YouTube, everywhere! Physical CDs are available on our website and merch booth at shows, and we’re pretty active on Facebook and other social medias.

Mike Kerr: Just a message to the fans: Get out of bed and go get what you are worth 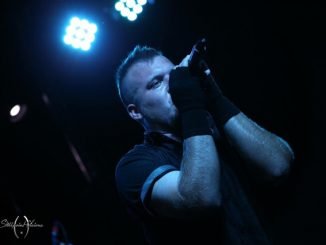 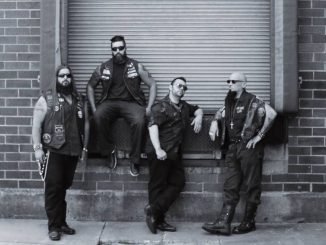 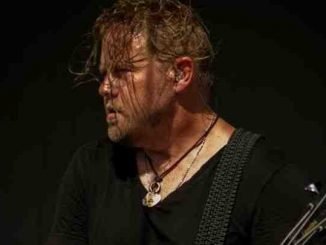