It seems that you don’t take yourself to seriously in reading some of your info, how does that come through in your music?

It’s not necessarily that I don’t take myself seriously. Like I’ve always said, I’m extremely passionate about the music and it’s very dear to me, but at the end of the day life in general is all some sort of cosmic joke, so there’s no need to take it seriously. Especially with extreme metal, you get so many people that take themselves so seriously but ultimately the music is LITERALLY just a bunch of grown men gurgling into a microphone trying to be the most neanderthal version of a proto-human they can imitate, how could you possibly expect anybody to take you seriously? Don’t get me wrong, I love the music, I grew up with it, but there comes a point where a bit of self awareness is sort of necessary in extreme metal, and what comes across as me not taking myself seriously is me trying to highlight the far end of that self awareness. In the music it can come across differently, I think that if I wasn’t as humorous in my posts and interviews, people wouldn’t think the music was a joke and they’d probably take it seriously. even WITH the Simpsons samples haha! To most people my silly persona might deter them from taking the music seriously, but those are probably not my target audience or people I’d care ti try and impress with my music, you know?

How much musical growth has there been between your EP ( TIME) and your other release (Pretty Demos)?

Oh loads. I hardly consider Pretty Demos as a release, it was just a way to neatly present these demos that I had lying around so I could get a facebook page started and whatnot. Time is a lot more cohesive, the music was written more as a necessity to musically purge myself as opposed to just some stuff I had written like Pretty Demos was. The progression between the two seems very logical.

Being out of the UK what are some of the issues trying to break through to other markets such as the US and German Markets?

Well the best/only way to break through anywhere is by touring there and playing shows. Or to make it big on one side of the world and hope that word of mouth follows suit. So the biggest issue is actually getting to those countries and gig regularly enough to make and consolidate fans! That shit is expensive!

List all members and or names of those involved.

It’s me, it’s all me. I do all the writing, performing, engineering, administrating, cooking, producing, I do it all. I couldn’t really bring myself to force people into performing for my own artistic vision, but one day I will…

Do you consider yourselves Technical or death metal?

Probably more technical. And I mean if those two were the only options. There’s too much melody and synths for the music to be considered death metal, whereas technical metal sort of encompasses a larger terrain. Whilst there’s the occasional technical passage here and there, because I’m a very mediocre guitar player there actually aren’t too many complicated bits. But at the end of the day, isn’t it the fans who dictate the genre and make the genre rules? Like, who gives a shit what I say? I say Crejuvent is rainbow metal, but if the fans say I’m progressive metal or whatever then I can’t really contest that can I?

Since you don’t have a huge following yet what are your dreams or goals for the future?

To be able to regularly tour the world with this project. Well, with any project will do just fine for now really, but ideally with this. 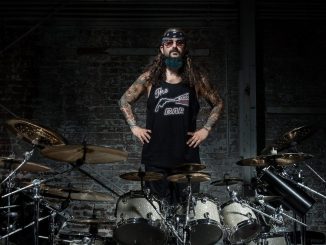 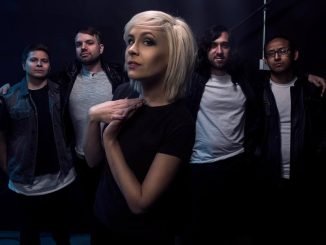 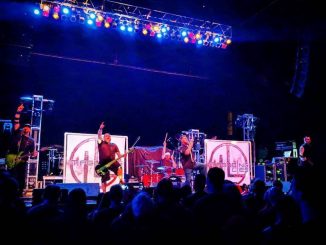