Minnesota-based Gabriel and the Apocalypse has just released its latest music video “March of the Dolls.” The track comes from the band’s new album The Ghost Parade. Front woman Lindy Gabriel says, “Unlike the previous music videos from GATA that portray a more theatrical story concept, ‘March of the Dolls’ showcases the band’s energetic and in-your-face live performances. If you haven’t seen a Gabriel and the Apocalypse show, this will be sure to make you eager to see our circus in person!”

The video features behind the scenes footage and live clips of the band from the Condolences Across America Tour 2017 with Wednesday 13. Catch the band live as they wrap up the year with a run of dates in Colorado and select parts of the Midwest.

Hailing from the colorful and music-inspired streets of Minneapolis, Minnesota, comes the unique blend of Metal/Rock/Goth/Industrial that is Gabriel and the Apocalypse. The band delivers a fierce yet beautiful array of female-fronted aggression that will give its predecessors a run for their money. In regards to the new album, vocalist Lindy Gabriel says, “The Ghost Parade is a concept record that brings you on a music roller coaster ride. From in your face songs, like ‘March of the Dolls,’ to stripped down emotional songs, like ‘Behind the Sun,’ this record still maintains a taste of the usual GATA anthems on politics and world issues, but, as a whole, it is more personal. I feel as a writer and lyricist it is more abstract and poetic. I feel more exposed and vulnerable. It’s honest. It flows and twists through different waves and moods from beginning to end.”

Check out GTA on tour at the venues and dates below: 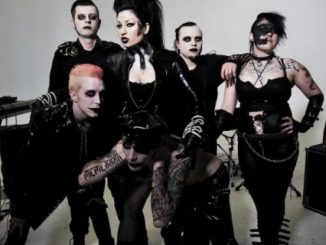 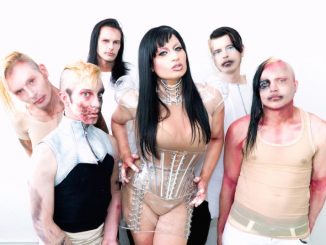