Quite possibly the last show of 2017. I’m throwing in the towel until that damn New Year pulls around. It’s been a successful and trying year, to say the least. Shooting a show is never the same from your previous. I’m just glad this last one involved a dedicated and hard-working artist who values the work he puts in and doesn’t let failure run his career off the tracks when a bigger train comes rolling through town and throws a log in the spokes. If you can catch the metaphor, then you know what/who I’m referencing.

Last Sunday, the 10th of December, Davey Suicide headlined the Foundry Concert Club on his “Made From Fire Tour”. Now granted, I wasn’t too keen or excited about photographing since this venue makes me work for the shot. Luckily I was doing some research on Davey’s stage setup and notice he brings his own lighting rigs. “Hellyeah! I might actually come away with something other than Pink Floyd’s ‘Dark Side of the Moon'”. The challenge was still there, so I decided to just use a prime lens, but use the power and precision of the Sigma Art f/1.4.

It’s been awhile since Davey has taken his band out on his own tour, so fans that night could catch a more intimate side of Suicide. Davey has had a rough 5 years primarily to his previous label Standby Records here in Cleveland. So it was only fitting midway through his set, to dedicate and give Neil Sheehan of the label a big “f-you”. This was Davey’s first album and self-released from the label since 2014. Other key mentions from the night, Drayven Davidson was missing from the band that night, so Stitched Up Heart’s own drummer, James Decker filled in and did an amazing job just giving the crowd psychotic blank stares the whole evening. Niko Gemini played beautifully as he orchestrated his Dean guitar with a screamin’ solo mid-set.

The band will be back in Cleveland at the Odeon this February as they open for the irrelevant Crazytown. 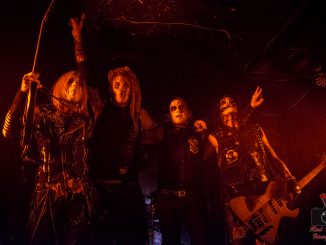 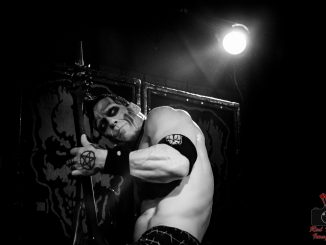 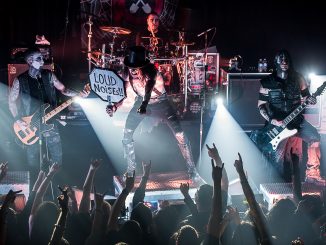