On January 17, 2018, KIRRA vocalist/rhythm guitarist tragically passed away due to an auto accident.

As an incredibly young and talented man, nobody thought Jesse would be gone so soon. He lived his days to the fullest and touched the lives of so many. We are all eternally grateful for the time we had with Jesse. The Pavement Entertainment family and Uncivil Revolt staff deeply mourn his loss. Our thoughts and prayers are with Jesse’s friends, family, and KIRRA.

“Jesse was a super infectious person,” says bassist Ryne McNeil. “When he would smile, everyone around him couldn’t help but smile, too. We were friends for years, and he was as much a brother to me as my actual ones. I’m going to miss him deeply every day, and live through our music like he did.”

“Jesse was one of the most talented singers I’ve had the pleasure of knowing,” says lead guitarist Daxton Page. “He was like a brother to me and I’m going to miss him.”

“Jesse was an amazing person and friend to all,” says drummer Zach Stafford. “He was my brother and I’ll never forget the great times we had over the years. He will be missed insurmountably by all who knew him.”

Since Jesse believed so much in KIRRA and music, the band wishes to honour his memory by continuing their upcoming tour with Nothing More in February. The details of the tour are currently being figured out. 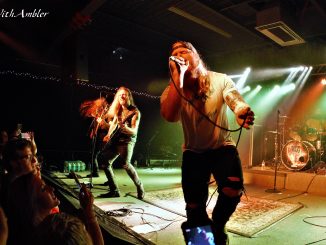 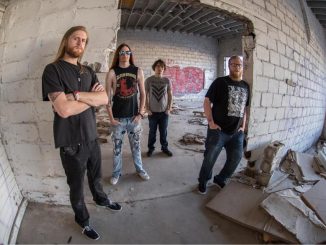