“This song was written for my mother. She passed away in February of 2017 after a three-year battle with cancer. She loved dragonflies which happen to have deep spiritual significance in many traditions and cultures, representing love, freedom of spirit and compassion. She embodied all of these qualities…The intent of this song is to celebrate her life and bring a little light and love to anyone who may be dealing with the grief of losing someone to illness. She was and is an amazing soul, and I hope this song captures a tiny glimmer of her spirit for the person listening to it.” – Phil Freeman.

The Small Town Titans are a power trio from York, PA who love to constantly create, as well as play live. Gone is the notion that a rock band should only release 10 songs at a time every 2 years. In a world where music fans crave new content constantly, the Small Town Titans aim to deliver their brand of art all of the time, drawing inspiration from a new wave of rock bands such as Highly Suspect and Royal Blood, and rock legends such as the Foo Fighters, Audioslave, and Deep Purple. Thanks to their efforts at assembling their own studio in a basement, STT can create and release songs, podcasts, live online concerts, and more with no rules. This artistic change in attitude stems from touring for the better part of 2 years, and realizing how difficult it really is.

After coming home from their last 30 day run, the band had made $4,000. After repairing their vehicle, restocking their merchandise and more, the band was left with $1,000. After putting most of that back into the band’s funds as usual, each member took home $150. This startling reality made STT take a step back and evaluate themselves as a band, a brand, and a business. After firing their manager, the boys soldiered on with the help of their team at Round 2 Records. They began to truly treat Small Town Titans as a legitimate small business more than ever before. Unnecessary expenses were cut, and more creative and innovative sources of new revenue were explored, such as utilizing the direct to fan creation platform Patreon, where the band is currently making $200 every time they release a new song on YouTube.

Instead of trying to make a million fans, STT is focusing on the fans they already have. With a love for playing live, a Small Town Titans show has evolved into more than a concert. It’s an event, with a set list that’s decided right before the show, and plenty of stage banter in between songs. The band simply hits the stage to deliver an energy driven show using guitars, drums, and their voices. Nothing more, nothing less. This approach to their live performances has led to them sharing the stage with acts such as Highly Suspect, Papa Roach, Black Stone Cherry, Pop Evil, and more.

By focusing on their engagement with social media and managing themselves, Small Town Titans are growing like never before and having more success as a business and a brand. The band just wrapped up a weekend long recording session at Hybrid Studios with friend Kevin Soffera, drummer for Seether on the 5x platinum selling record Disclaimer II, and who STT also recorded their last album Reflection with. Six brand new songs were recorded live in the studio, as well as professionally filmed by Springwood Productions at the same time. These new songs and videos will be released throughout the rest of 2017 and 2018. Songs range from the hard hitting “Me, Myself, and Monster” and “Wreck” to the ballad “Dragonfly”, an emotional song written in memory of Phil’s mother, who passed away earlier this year due to cancer, performed live with just one voice and an acoustic guitar.

Small Town Titans are actively forming a team of like minded individuals in the new music business who are just as driven and passionate as they are, rather than waiting to be discovered. As the band continues to grow their fan base online this year, they will also hit the road, this time with a smarter game plan, a stronger fan base, and a passionate team behind them. For all things STT, visit smalltowntitans.com. 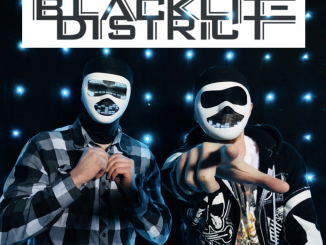 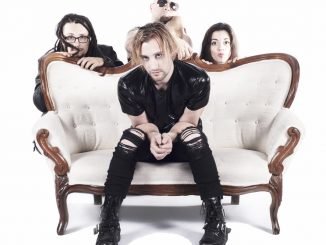 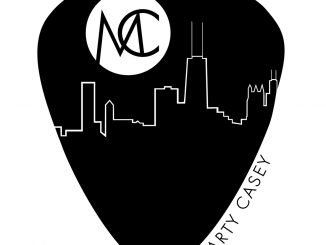