Last week, masked metal supergroup TERROR UNIVERSAL unleashed their brand new debut full-length album, entitled Make Them Bleed, via minus HEAD Records. In its first week, Make Them Bleed debuted at #8 on the iTunes Metal chart, as well as #13 on the Billboard New Artist chart, #17 on the Billboard Hard Music chart, and #165 on the Billboard Heatseekers chart! In addition, the album landed at #3 on Metal Contraband’s Most Added chart (#11 overall debut), in addition to #27 on the NACC Loud Rock chart.
Drummer Dave Chavarri, a.k.a. MASSACRE says, “We are beyond stoked and proud that TERROR UNIVERSAL‘s debut full length Make Them Bleed made it to the iTunes and Billboard charts this week. We are thankful to all the fans that helped us to make the release a success, and also very thankful to our label Minus Head Records, for the never ending support! See you all on the road throughout 2018!”
You can stream Make Them Bleed in full via Spotify here, or order it via Bandcamp, Amazon, oriTunes. You can also order via the band’s PledgeMusic campaign with the option to buy packages including download cards, signed CDs, limited edition posters, t-shirts, stickers, limited edition blood-splatter vinyl, signed gear (including a guitar, drumhead and drum sticks), one-on-one music lessons, and more! Check out all options here: https://www.pledgemusic.com/projects/terror-universal-make-them-bleed
Right now, watch an exclusive teaser for TERROR UNIVERSAL‘s upcoming music video for “Through The Mirrors” here: https://youtu.be/wDVEaZFC1jM
Beginning today, you can also watch a bass playthrough for the track “Dig You A Hole” via Gear Gods. Watch here: http://geargods.net/playthrough/dig-in-on-this-bass-playthrough-of-terror-universals-dig-you-a-hole/
Finally, check out the music video for “Dig You A Hole”, a Film/Facer production directed by Wacy Jahn, here: https://youtu.be/OmhvgIgwLeM
Make Them Bleed was produced by members the band, and mixed by Eddie Wohl (Smile Empty Soul, Fuel, Ill Niño, 36Crazyfists).On Make Them Bleed, TERROR UNIVERSALsnap from moments of intense sonic bloodletting into menacing melodic mayhem before creeping back into the shadows to do it all over again – like the musical equivalent of a slasher film. In addition to the seasoned musicians of TERROR UNIVERSAL, Make Them Bleedfeatures the talents of guest bassists John Moyer (Disturbed, Art of Anarchy, ex-Adrenaline Mob) and Tony Campos (Fear Factory, Ministry, Soulfly, Static-X). Campos appears on the track “Dead On Arrival”, and Moyer appears on “Spines”.
“….Anthem-driven choruses on the trails of huffing aggro passages…”
– Blabbermouth
“…addictive mix of thrash, groove, and industrial rock that’s as unique as it is memorable.”
– New Noise Magazine
“…nothing short of a magnificent, brutal offering…”
– Outburn
About TERROR UNIVERSAL:
TERROR UNIVERSAL‘s masked marauders – who are also current and former members of hard rock and metal royalty such as Machine Head, Ill Niño, Soulfly, and Upon A Burning Body – began stalking the senses in 2014, releasing the Reign of Terror EP a year later and eventually sharing the stage alongside heavy hitters including Korn, Asking Alexandria, HELLYEAH, Papa Roach, Fear Factory, Incite, and more around the globe. 2017 saw them ink a deal with minus HEAD Records and prepare Make Them Bleed for mass consumption – spurned by a re-issued first single “Welcome To Hell,” which has ignited over 170K YouTube views and counting for the lyric video.
TERROR UNIVERSAL online:
www.terroruniversal.com
www.facebook.com/terroruniversalofficial
www.twitter.com/terroruniversal
TERROR UNIVERSAL is:
Vocals: PLAGUE
Drums: MASSACRE
Guitars: THRAX
Bass: DIABOLUS 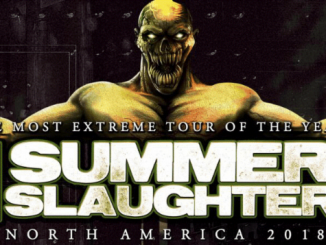 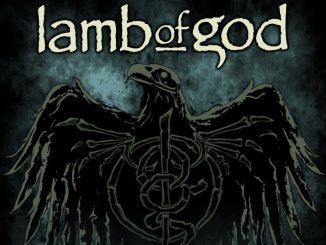 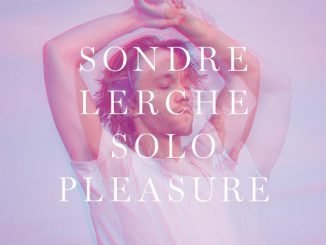