Hoobastank, the multi-platinum, 3X GRAMMY-nominated group have announced the release of their sixth studio album titled PUSH PULL on Friday, May 25. For the new album, the band partnered with producer Matt Wallace (Faith No More, Deftones, Maroon 5, Andy Grammer) in Los Angeles marking their first release on noted rock independent label Napalm Records. Pre-orders for PUSH PULL will be available starting April 4 and will include a download of “More Beautiful,” the first track released off the album.

“We never stopped exchanging musical ideas,” says vocalist/guitarist DOUG, who co-founded the band with high school classmates, DAN and CHRIS, almost 20 years ago in Agoura Hills, CA, a suburb of Los Angeles. “We waited until we had enough material to start recording an album.” DAN adds, “There were always plenty of demos floating back and forth; some of them I played for Matt (Wallace) even before the rest of the band heard them.”

As a result, PUSH PULL nails a bull’s-eye to the group’s underappreciated sweet spot–the large-scale, muscular ‘80s-‘90s alternative rock of U2, Duran Duran, INXS and even Tears for Fears, whose “Heads Over Heels” gets a brawny, Bowiesque take on the new collection. Hoobastank approached PUSH PULL with the swagger and confidence of a band whose first three albums all went either gold, platinum or multi-platinum. “The Reason” garnered GRAMMY nominations for “Song of the Year,” “Best Rock Album” and “Best Pop Performance” for a Duo or Group. Of course, about that name, which means, exactly what?…

“Sometimes you make dumb decisions when you’re young, and that might have been one of them,” laughs ROBB about being the punchline to SNL jokes and snooty critic snipes. As for the formidable bar-setting success of “The Reason,” DOUG is similarly sanguine.
“We stopped attempting to recreate any formula,” he says. “We did what made us happy and played to our strengths. Take it or leave it.”

Album highlights include the go-for-broke “Just Let Go (Who Cares if We Fall),” which sums up Hoobastank’s attitude. “At least we get to fly,” sings ROBB. In the title track “Push Pull,” and “More Beautiful,” DOUG unleashes his falsetto, while the funky R&Bfeel is a tribute to DAN’s early, late–‘90s penchant for Chic and “groove-based” dance music. “When we first met, he didn’t even own a distortion pedal,” laughs DOUGabout his guitarist’s love of soul and R&B.

PUSH PULL songs like “True Believer” and “Buzzkill (Before You Say Goodbye)”show Hoobastank maturing from adolescent to adult relationships, often examining the difficulty of keeping alive the sexuality that fuels them. “We Don’t Need the World” and “There Will Never Be Another” explore the protective bubble and the memories which bind two people together. DOUG’s lyrics to the headphones-worthy “Fallen Star” were inspired by a memory of him watching television one night and seeing a military family of a soldier who had died in combat. It made him think of the brave men and women who serve and even more so now the parents of those who serve. Being a parent now it clicked, the unbelievable sacrifice made by both soldier and their families. “I wanted to say thank you” says DOUG.

With PUSH PULL, Hoobastank find themselves looking back to the future, combining the best of what brought them here and establishing their presence in the current pop-rock spectrum.

The tracklisting for PUSH PULL is as follows: 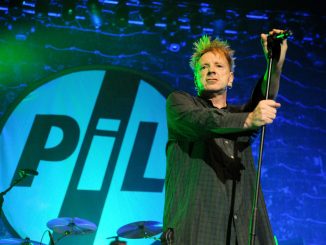 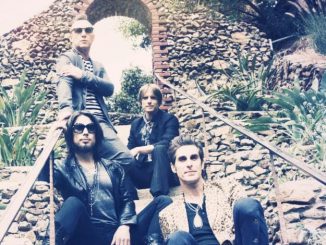 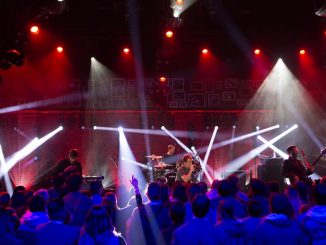