Valentine’s Day is a day for love, flowers, chocolates, and corporate cards. It is a day to spend with the ones you love, and remind them just how much you love them. People were spending 100s of dollars on expense dinners, wine, and champagne. Well, not me mi amigos. I am still single and Matt’s beloved Kendra, was in Arizona for an acting competition. So, how did he and I spend our Valentine’s Day? We went to the Killthrax show, at the House of Blues Anaheim! The co-headlining tour of Killswitch Engage and Anthrax caught the heavy metal world by storm last year. Because of its 1st successful run, they have decided to ignite a 2nd go round. Matt and I missed it in L.A., so we were more determined than ever to catch it this time. Havok, a group we witnessed at Ozzfest, opened up for them.

The thrash metal outfit from Denver, Colo. rocked the stage when they came through at Ozzfest. So, naturally, it was cool to see them once again, and this time stir up the Anaheim crowd into a headbanging chaos. Frontman/guitarist David Sanchez, screeches out mean riffs and belts out the words with all his might. Along with lead guitarist Reece Scruggs, and his fearsome solos, both he and Sanchez laid out screaming licks that made fists go up in the air. They rocked out with a good selection of songs, 3 coming from their latest work, Conformicide. From “Intention to Deceive” to “Hang ‘em High” and “From the Cradle to the Grave,” Havok brought the same heavy metal lightening they displayed at Ozzfest. By the way they dazzled the crowd; I see why they were asked to be the opener.

Up next is a band I have wanted to see for a long time, Killswitch Engage. Known for their powerful screaming and singing, and crushing power chords that go well with their metalcore brand, Killswitch Engage brought the house down. Jesse Leach latched onto the metal souls of every fan who heard his voice. As soon as he belted out the first words to “Rose of Sharyn,” it was on. Add in the lead guitar riffs of the hilarious Adam Dutkiewicz, who sported a headband and workout shorts, exercising while performing. He is definitely a talented, goofy motherfucker, who shared solos with his guitar partner, Joel Stroetzel. Bassist Mike D’Antonio and drummer Justin Foley tore it up, with harmonic breakdowns. Their songs lit up the room, from “My Curse” to “My Last Serenade,” “Hate By Design,” and “The End of Heartache.” They closed out their performance with my all time favorite, “In Due Time,” and the Dio cover, “Holy Diver,” which was ferocious as hell. I was so excited to finally see Killswitch Engage live, and they exceeded all my expectations. New album is supposed to drop later this year, and I cannot wait to listen to it..

Back in 2016, I first saw Anthrax with Lamb of God, so I was happy to see them, once again. Metal Ambassador, Jose Mangin introduced them and told the short story of how they were the first band he saw live. As soon as they went into the opener, “Among the Living,” beer and water flew into the air, for one of the leaders of the “Big 4” of thrash metal had arrived. Joey Belladonna has not lost any luster in his voice after all these years. He can still hit those ranges like nobody’s business. Longtime guitarist, Scott Ian shredded and riffed blistering licks, while lead guitarist Jonathan Donais tore through each solo like tissue paper. Adding to the craziness were drummer Charlie Benante and bassist Frankie Bello, who provided unswerving drive to the beats.

A tornado of chaos formed in the center of the room, where fans showed their love for their heroes that helped made speed metal what it is. A vast array of songs filled my ears with delight like “Caught in a Mosh,” “Madhouse,” “Medusa,” and “Got the Time.” As soon as the first chord of “Medusa” was struck, I ran straight into the mosh pits. Unlike the pits I experienced at the Code Orange show, there were no crowd killers. Thank God! It was fun being in that frenzy of anarchy. Anthrax ended the show with the ever classic, “Indians.” After the song was complete, Ian surprised the crowd with a special announcement; Anthrax will be performing in Irvine with Slayer this summer on Slayer’s farewell tour.

I was all sweaty when the night was over, much to Matt’s dismay, when I tried to hug him. I may still be single at the moment, but I did show one kind of love on Valentine’s Day; my love for heavy metal music. Killthrax was a smashing success with the fans. I was thrilled when they announced a second tour that would come through Anaheim. Anthrax showed no signs of slowing down, Killswitch Engage are still metalcore’s undisputed champions, and Havok is the future of heavy rock ‘n’ roll. Love filled their air with metal mania. To Anthrax, Killswitch Engage, and Havok, I salute you. Horns up!!! 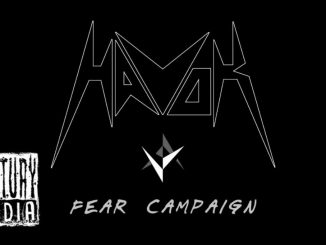 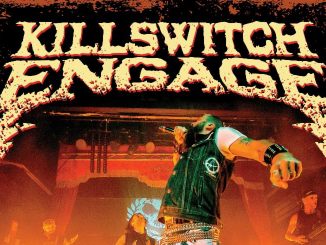