Drafted is dedicated to those who gave it all to protect their country when they were called to do so. Vocalist Jason Long had this to say about the video..

For many of our songs we turn inward to some of life’s more pure yet demanding emotions. This song and video was intended for very much of the same. However, this one is for the voiceless. The ones that have given everything including their lives for their country, even when they didn’t choose to do so. It shows the emotion of a soldier that just wants to go home. However, he or she has to protect their home as well. By showing some of war’s most beautiful and ugly sides we feel it can only be the emotions of every soldier even still today. Showing you the past and what could come in the future has to resonate a chord within all of us. Drafted isn’t only about what happened during earlier wars but, everyday we are forced to stand with or divide ourselves in life. You don’t have a choice. We are all chosen or “drafted” to make these decisions regardless of our wants to do so. Thanks for watching and we hope you like it.

Drafted is off Oracle’s new album Into The Unknown, which is out now on Rain Without End/Naturmacht Productions. Drafted is premiering on No Clean Singing

In a world where metal has taken many avenues and alleys into sub genres, Oracle, formed in 2016 by Father and son duo Trey and Ray Ozinga of Baldwin County Alabama along with, Jason Long and B.G. Watson of Mobile county Alabama to create something truly unique that encapsulates many of these genres. The result is an extreme metal band with emphasis on musicality, grooves and epic passages that sonically attack and satisfy all senses of metal enthusiast all around. With their first album Beyond Omega, released in the early summer of 2016, they have played many shows along the gulf coast in support of their debut album which has wildly been excepted and sold copies around the world. With plans of a follow up album due out in late summer to fall of 2017, Oracle will once again attempt to enhance their keen sense of rhythms and melodies, sonic assault of solos and drum work and heavy growls and emotions of passionate vocals. 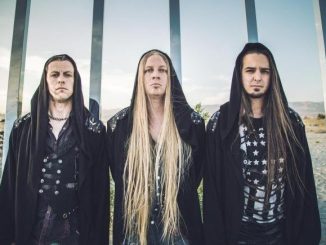 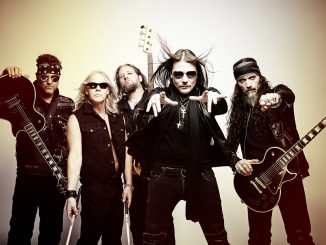 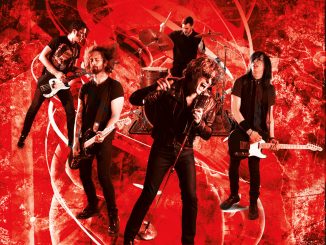