Also Featuring Headliners Between The Buried And Me + Support from Born Of Osiris, Veil Of Maya, Erra, The Agony Scene, Allegeaon, Entheos, Soreption & the Headbang For The Highway Winner

Masked Billboard-charting heavy metal group TERROR UNIVERSAL recently announced select co-headline dates with Motograter, and are now thrilled to add another massive tour to their summer schedule – the 2018 Summer Slaughter Tour! In addition to TERROR UNIVERSAL, the tour will feature headliners Between The Buried And Me, as well as additional support from Born Of Osiris, Veil Of Maya, Erra, The Agony Scene, Allegeaon, Entheos, Soreption and the Headbang For The Highway contest winner (TBA).

The Summer Slaughter Tour will begin on Friday, July 13 in Raleigh, NC and will hit several major North American cities, coming to an end in Austin, TX on Sunday, August 19. More dates are scheduled to be announced. Visit www.thesummerslaughtertour.com for ticketing details and more information.

TERROR UNIVERSAL drummer Massacre says, “We are thrilled to be included in this year’s edition of the Summer Slaughter Tour! We are going to pummel and destroy stages from coast to coast in North America alongside some of our favorite bands!”

TERROR UNIVERSAL recently released their debut full-length album, Make Them Bleed, via minus HEAD Records. In addition to the seasoned musicians of TERROR UNIVERSAL, Make Them Bleed features the talents of guest bassists John Moyer (Disturbed, Art of Anarchy, ex-Adrenaline Mob) and Tony Campos (Fear Factory, Ministry, Soulfly, Static-X). Make Them Bleed debuted at #8 on the iTunes Metal chart, as well as #13 on the Billboard New Artist chart, #17 on Hard Music, and #165 on Heatseekers (spent three weeks on Heatseekers)! In addition, the album landed at #3 on Metal Contraband’s Most Added chart (#11 overall debut), and #27 on the NACC Loud Rock chart. Stream Make Them Bleed in full via Spotify here, or order it via Bandcamp, Amazon, oriTunes. 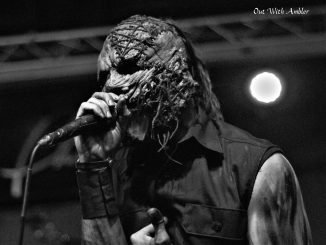 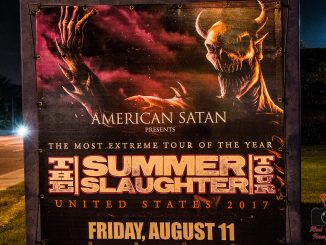 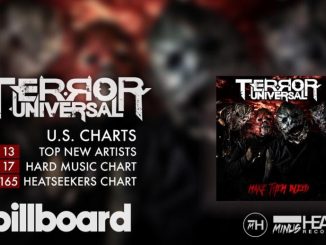