The music world was primed for quite a shock last year, and it surely came, at the hands of some Stranger Fruit. There is this avant-garde metal group called Zeal & Ardor, and how they made their presence known! This group is the brainchild of Manuel Gagneux, who sought to take heavy metal in a new direction. He dropped the band’s first album internationally last year, Devil Is Fine, to raving reviews and fan love. What made Zeal & Ardor stand out was the combination of black metal, chamber pop, and Negro spiritual chants. Gagneux envisioned a different scenario about slaves during the pre-Civil War era: what if the slaves were forced into Christianity by their masters, while in reality they prayed to the Dark Lord Lucifer for guidance and revolution. Now, I am not down with the Devil, but I have to admit, from an artistic stand point, this was the work of a creative genius. Gagneux and his group were not through there, for they have continued the saga with Stranger Fruit.

From what I have read, the title comes from old Billie Holiday song “Strange Fruit,” which is about racism and the lynching of African-Americans. Stranger Fruit marks the first true album of the band as a whole, though the only other member of Zeal & Ardor that is featured on this album is drummer Marco Von Allmen, who brings a melodic sense of drumming to the sound. Gagneux handles the rest of the instruments including guitar, bass, synthesizer, and programming. He is fully imbued with musical talent. What I found most interesting about this record, is that it is heavier than its predecessor, but it still is able to find that balance between black metal and dark blues.

The album starts with the “Intro,” a haunting metallic feel that sets the mood for what is to come off of Stranger Fruit. Then we enter into the piano led single “Gravedigger’s Chant.” An unusual choice for a lead single, but it works with its heavy drums and eerie harmonies about the man who sings, while burying the bodies. I thoroughly enjoyed the melodic approach when I played the next track, “Servants,” which serves as an ultimatum to join the slave revolution or parish. “Don’t You Dare” features guitar riffs that are terrifyingly majestic and repetitive lyrics about a horrible sight for sore eyes. This death metal roars on with “Fire in Motion” that just grabs you by the throat. The song also includes a sample from occultist magician Aleister Crowley. “The Hermit” is an instrumental number that is enchanting to hear, with its soft tempo. The beat picks back up with the soulful metal cruncher “Row Row,” which then enters into the devilish “Ship on Fire,” a hard-hitting rocker that has an occultist chant. Half way through, and I must admit, the album intrigues me to go on.

We then come to “Waste,” which Gagneux describes as the “darkest song on the album.” It has a black metal feel that uses the millennial whoop, while also including gospel and soul to its wretched blastbeat sound. Things get even more hard-hitting with “You Ain’t Coming Back,” where Gagneux used a harsh guitar sound without it being too extreme. After hearing the synthesizing instrumental “The Fool,” we are treated to a heavy blues/metallic melody with “We Can’t Be Found.” We then come to the title track, “Stranger Fruit.” This song has a cruncher piano riff that makes the song sound ominous. “Solve” and “Coagula” are two instrumental tracks that feature a delightful carnival piano melody (“Solve”) and an occultist chant (“Coagula”). We finally reach the end of the tracks with “Built on Ashes.” This song sums up the entire record as a “bittersweet ending.” Even though the lyrics are sad, the beat is somewhat upbeat like a celebration.

Once again, Zeal & Ardor has exceeded my expectations with Stranger Fruit. If anything, I would have to say that this album supersedes Devil Is Fine. Continuing with his alternate history scenario, Gagneux reels in the listener, with the distinctive black metal style, that makes the band stand out from every other band out there. Now that Zeal & Ardor has become a full band, I’m anxious to see how they will play to the crowds. Even though I was once skeptical about them, they have truly grown on me, and continue to amaze me. To Zeal & Ardor, I salute you. Horns up!!! 10/10 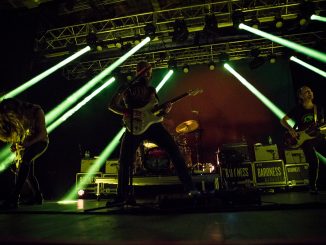 An Evening of Deaf-Defining Metal With Baroness & Company in Anaheim 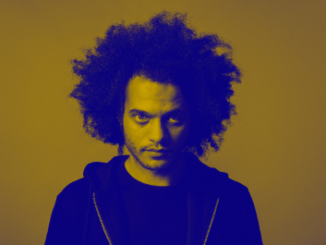