As I Lay Dying fans struggle with a moral compass when it comes to new music.

As many of you may or may not have heard, As I Lay Dying released a new single last week titled “My Own Grave”, but fans are struggling with whether or not they should be enjoying it. This is the first new music from the band since frontman Tim Lambesis was released from prison for attempting to have his wife killed.

Not familiar with the story? Well, here’s a little backfill on Mr. Lambesis’ situation. In May 2013, Tim decided that he had enough of his wife and wanted her dead; that’s when he figured he would hire a hitman to take her out. Thankfully, the hitman he hired was a detective that goes by the codename “Red”. To show how serious he was, he paid Red $1,000 in an envelope with photos of his wife, her address and the gate code to access the home. He had strict instructions to wait until Lambesis was with his kids so he had an alibi and $20,000 was to be paid to take her out. He was arrested on May 7, 2013, for solicitation of murder and on May 16, 2014, he was sentenced to 6 years in prison. He was released on parole on December 17, 2016, after only serving 2 and a half years.

Now the classic lineup is back together again, and some fans actually feel guilty for enjoying it. Comments range on social media from everyone defending Lambesis saying he did his time and that it’s time to forgive and forget, while others right out refuse to listen to it. Then, there’s a group that’s in the middle. They listened to the new single and feel horrible that they enjoyed the new song. For those who are still fans of the band, they can rejoice at the new single since As I Lay Dying hasn’t released any music since 2012. Along with the new single, the band is also getting together for a show in San Diego at The Soma Sidestage on June 16th. Although they have released a new single and scheduled a show, there is no word on a new album or full tour as of now. Follow Uncivil Revolt on Facebook for more news, interviews, photos, and more! Let us know your opinions on this! 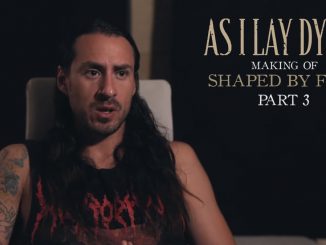 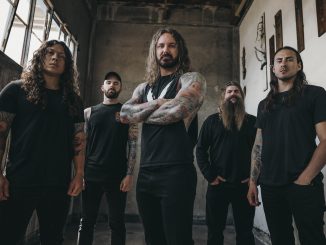