Today, Bad Wolves have premiered their latest music video for “Remember When” — exclusively available on Apple Music through June 15th.

Directed by Wayne Isham (Mötley Crüe, Avenged Sevenfold, Megadeth) , “Remember When” is the third single released from the band’s debut album, Disobey, out now via Eleven Seven Music. The album had a consumption of over 21,000 units in the first week and debuted at #22 on the Billboard Top 200 chart, #8 on the Top Current Albums chart, #2 on the Hard Rock Albums chart and #4 on the Rock Album charts.

The powerful music video relays the story of frontman Tommy Vext’s relationship with his twin brother. “My twin brother is currently serving 17 years for attempted murder — [he] tried to kill me during a home invasion when he was high in 2010… [Testifying against him] was definitely one of the more difficult moments of my life,” Vext reflected in a recent interview with Kerrang!. “‘Remember When’ kinda goes through a timeline and highlights two people who lived the exact same life and had the exact same hardships and advantages and disadvantages, and who we are ultimately as adults is defined by the choices that we made, and our lives reflect those choices.”

Disobey features the band’s cover of The Cranberries’ intergenerational hit, “Zombie.” Their version was a runaway hit and elevated Bad Wolves to international acclaim. The track topped charts worldwide, including iTunes overall, rock and metal charts, Billboard’s Mainstream Rock Songs chart and Spotify’s Global Viral 50 chart. Since its release, the official music video has garnered over 100 million views. Bad Wolves plan to donate their proceeds from the song to the late Dolores O’Riordan’s four children.

Bad Wolves will be spending most of the foreseeable future on the road. Beginning June 6th, the band will set out on the “What’s In Your Head” Tour, co-headlined by labelmates From Ashes to New and special guest Diamante. The band will also be joining Five Finger Death Punch, Breaking Benjamin, and Nothing More on a massive summer amphitheater tour throughout North America. All tour dates listed below. For tickets, VIP packages and more information, visit www.badwolvesnation.com. 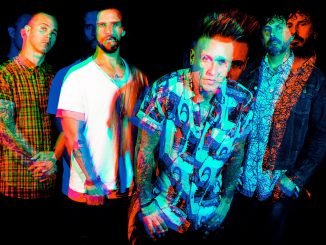 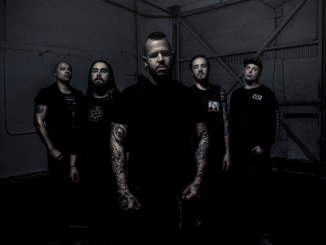