When I entered into high school, I was really into rap music, particularly the hardcore stuff. From artists like Eminem, Ice Cube, Snoop Dogg, 50 Cent, Jay-Z, DMX, NWA, Nelly and Dr. Dre, I was really immersed in the world of hip-hop. I do not know what it was, but I was intrigued by the swiftness these rappers had when spilling out their words. I especially like rap when it is combined with rock or metal. One rapper is all about combining his hip-hop technique with hardcore punk and just a splash of heavy metal. I am talking about Hyro the Hero. This artist has the flow of Ice Cube and the angst of Zack de la Rocha. Jose Mangin was hosting a party for the release of Hyro’s new album, Flagged Channel, and I had the opportunity to speak with the rapper.

Hyro’s real name is Hyron, so Hyro was his nickname growing up. Originally, he called himself Hyro Da Hero for the cool factor, but when started evolving as a person as well as an artist, he started going by Hyro the Hero. While we were talking about his first record, 2011’s Birth, School, Work, Death, his wife stopped on by and said hello to Uncivil Revolt. They had recently just gotten married, so congratulations to them. We would discuss how he got involved in rap music, thanks to a basketball buddy of his. His new album, Flagged Channel, just dropped that day and he would tell the meaning behind the title, which has to do with censorship. In contrast to his first record, this one features more rock, punk, and metal influences. Hyro was a huge fan of rock back in the day.

Early on in his career, he actually sampled from Killswitch Engage during the time Howard Jones was the singer. He gets his song ideas from personal experiences and struggles. I did not know this, but Hyro is originally from Houston, Texas. He came out to Los Angeles because that is where the music is. Flagged Channel is his first album with Red Music, a subsidiary of Sony Music, and he would discuss what attracted him to the label. Being from Texas, I had to ask him if he also grew up on Pantera, seeing as drummer Vinnie Paul recently passed away. Hyro would tell me his Vinnie Paul story of how he met him in England with Hellyeah frontman Chad Grey. That is a story I loved hearing about.

Hyro the Hero was a really cool dude to chat with. If there was anyone out there that could the next big rap star and is able to bring rock/metal and hip-hop together again, this was the man that could do it. Flagged Channel was an awesome album, which actually features Munky from Korn and Ash Costello from New Years Day. A review for that album is coming soon. As for touring this year, Hyro will be featured at Aftershock and Louder Than Life Festival, and hopes to get on Ozzfest Meets Knotfest. To Hyro the Hero, I salute you. Horns up, dawg!!! 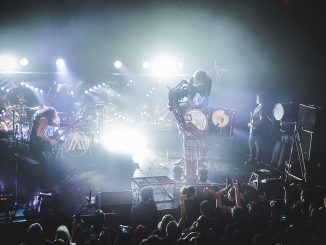 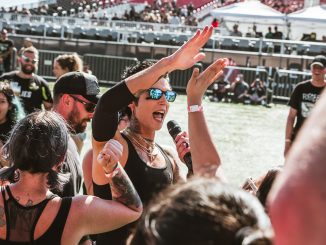 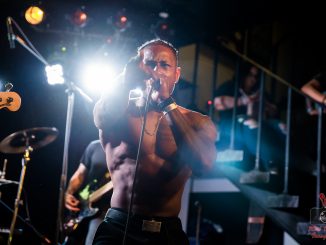