Kendall Lake is excited to release her brand new music video for “I’m Not The
One.” Produced by Tekneek and directed by Wesley Quinn, the video is an edgy and artistic depiction of
Lake rocking and rapping in her own unique style. The song’s vibe is reminiscent of Limp Bizkit, and
gives off a rebellious feel, which represents Lake’s past struggles on whether to go against the advice of
some to truly find her original sound and make the music that she wants to make.

A Los Angeles native, Kendall Lake is an independent rock singer/songwriter who has been a hard
working entertainer from a young age. At just five years old she was in music videos for artists such as
Fleetwood Mac and Smashing Pumpkins, and has even pursued acting and modeling endeavors over
the years. Around 6 years ago was when she first got into the studio and started her journey as her own
musical artist.

Kendall’s start in the music business wasn’t your average story. Her first song was written on a whim
when a friend tricked her into coming to the studio by telling her it was a tequila tasting. They got there,
she killed it in the studio as her friend expected, and never looked back. Since then, her journey has not
been easy, but she has been dedicated, hard-working, inspired, and fueled by her passion for music and

art and desire to connect with people who understand where she’s coming from. Her goal through it all
is just to try to stay true to herself and improve herself while living an alternative lifestyle.

She first launched her career with the release of a string of singles including “Voices” and “Lost Your
Mind,” a highly anticipated EP release, and her limited series multi-genre musical showcase SKITZO at
the world renowned Los Globos. These releases garnered coverage from Maxim, Dash Radio, and Marie
Claire, and her singles racked up over a million streams on SoundCloud. This then led to her touring
throughout Morocco, England, and the US, being showcased on the Dew Tour, and becoming a
frequent headliner at legendary venues such as the House of Blues, The Viper Room, and the
Troubadour.

But this most recent single, “I’m Not The One” is an introduction to who she actually is deep inside. It’s a
new age throwback to everything that inspired her when she was a teenager and truly fell in love with
music. She’s doing rock and rap in her own way, and in a new style that she is excited to share with
previous fans and new audiences alike. 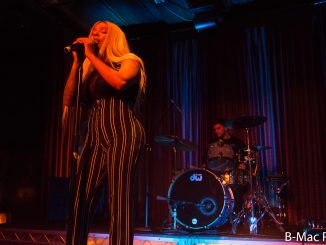 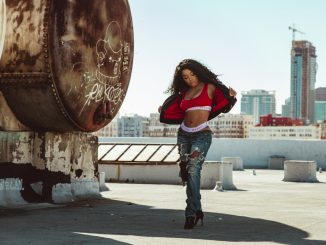