NEW ALBUM X OUT VIA SPINEFARM RECORDS ON AUGUST 24

Nonpoint are set to release their new album titled X and pronounced “Ten,” on August 24 via Spinefarm Records. The album is the tenth studio release of the band’s career. Pre-order X HERE.

The band teamed up with Loudwire to premiere the new song “Fix This.”  Listen HERE.

Listen to the new singles “Chaos & Earthquakes” and “Dodge Your Destiny.”

In support of the release, Nonpoint will be heading out on tour this August with labelmates He Is Legend. Letters From the Fire also appear. The tour begins August 21 in Lexington, KY and will run through September 19 in Nashville, TN. All dates are below.

My Ticket Home have shared their cover of Nine Inch Nails’ “We’re in This Together”from 1999’s The Fragile.

The song is available to stream and purchase HERE.

“We had been toying with the idea of doing cover songs for a long time, but could never make up our minds about which ones to choose,” said singer/guitarist Nick Giumenti. “This track was the first one that we all finally agreed on, and I think we pulled off a cool take on a huge song. We wanted to be as faithful to the original as possible, and it was actually more challenging than I thought it would be.”

He furthered, “Nine Inch Nails are one of those bands where you can listen to a song 100 times and still miss certain details, and those details make a huge difference in the sound. We obviously played the track in our own style, but we tried to incorporate a lot of the subtle nuances that Trent [Reznor] is so good at using. We’re working on writing a new record at the moment, so we thought this would be something new for our fans to get into and see a different side of us. If it goes well I definitely see us doing more cover songs in the future – there’s certainly plenty of legendary tracks I’d love to put our spin on.”

My Ticket Home’s Spinefarm Records debut unReal is out now. 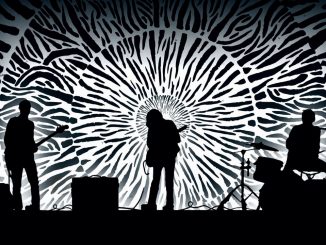 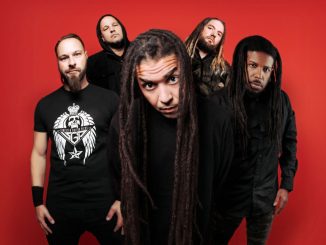 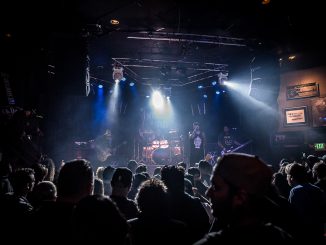 The Whisky is Alive With P.O.D. and Nonpoint