Zach Callison is known by some as the voice actor for the 14-year-old title character Steven, on Cartoon Network’s hit television show, Steven Universe.  The show is fantastic with how it handles its mature matter as it blends into easy to digest episodes and musical numbers that even children can follow.  From behind A Picture Perfect Hollywood Heartbreak’s sound booth steps out Zach Callison, not only revealing the face behind the voice to the childhood TV hero but giving a glimpse as to who the real Zach Callison might be. A Picture Perfect Hollywood Heartbreak is a concept album and dramatized story of a real-life failed relationship Zach Callison endured. Even though we may not know who his lost love is, she is referred to as Juanita in this story. Throughout the album Callison blends a few different music styles to take you through his breakup experience emulating emotions through sound.

Opening song “Phantom Love” seems to take place days after the fictionalized breakup. Callison sings a soulful tune of a man dealing with his recent loss and then switches to more of a hip-hop style halfway through.  This gives the interpretation of unfiltered emotional thoughts firing off through his mind.

The album artistically breaks up each song with different interludes giving more context to the world of his breakup and provides a deeper story-line to the characters. With “Interlude I – Frantically”, you get to hear a roast track of Callison’s backup singers portraying Juanita’s friends as they shit-talk on Callison and gossip how bad of person he is.

The second song on the album is “She Don’t Know”, where we get Callison hitting rock-bottom trying to find any coping mechanism he can to get over his breakup. The chorus, “There ain’t no drug in the world like loving you, cocaine and cigarettes will have to do”, shows a man who doesn’t know what to do with himself now that his love is gone. Here, we can see that Callison is fighting for any kind of instant gratification he can get his hands on.

Next, “Interlude II – Christie Only Knows”, finds Callison crying out for help to mutual friend Christie. Still dealing with his coping methods, he tries to get some pleasure from the high of an 8-ball and whatever other comfort he can derive from his fans on the silver screen.

The third song “Nightmare” switches back over to a more hip-hop style and puts us in the mind of Zach singing in the third person. His mind is running around in circles and losing who his true self is as this breakup changes him, so much so that his own mind doesn’t even recognize his self.

With “Interlude III – Second Thoughts”, there is a continuation to the previous song “Nightmare,” and it gives a couple of last thoughts on this rollercoaster of emotions he’s going through.

By the fourth song called “Curtain Call”, Callison is looking for a way out of the pain and moving into a different emotional state. He realizes that his rage at the situation can no longer be contained and he will do what he needs to get passed this heartbreak.

The last interlude, “Interlude IV – Showtime”, features Grace Rolek as the character Christie. Callison’s rage is finally winning and Christie realizes how much Zach has changed. We also learn that Juanita leaving has been plaguing Zach for years and he is looking for revenge on her.

The last song and lead single “War” is the release your mind has been waiting for throughout this entire album. With such dark subject matter and tumultuous lyrics up until this point, “War” finally sees Callison breaking free and just unleashes a fun and upbeat pop rock song that will get you singing and dancing. The content of the song itself sees Callison going a bit crazy realizing that the true way to beat Juanita is to just do better than her in life and the music industry.

Once you have finished A Picture Perfect Hollywood Heartbreak, your view of Zach Callison may be a bit skewed like mine turned out to be.  When you pay close attention to the subject matter and the lyrics, it is a debut album you would have never expected from this musician. Hiding some of the dark themes are more upbeat instrumentals and some fancy keyboard work by Callison himself. It just goes to show that a public persona can hide a much damaged person and Callison wanted to try and show parts of his real self through this album.

Even after the initial listen, I found myself already singing along with the songs. I have even had the pleasure of seeing Callison perform live and his stage presence helps keep the tracks lively and fun.  I am very curious to see what else he has in store for us with any future releases. For now, we have A Picture Perfect Hollywood Heartbreak to live with as Callison did when Juanita broke his heart. 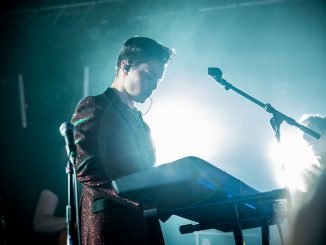 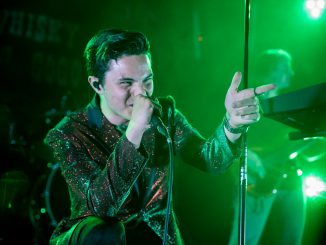