Virginia metalcore outfit Illist has released a music video for their new single “Life Leech“. Produced, mixed and mastered by Zach Jones (My Enemies & I, Afterlife), the track follows up on the quartet’s debut song “Padlock” which released this past February.

Illist takes out their frustration with “Life Leech“, in response to all the people who abuse and use others to make themselves happier. The song brings this issue to light so that people who are going through this are encouraged to rip or break away from those people or environments.

Vocalist, Micah Elias writes, “Life Leech calls anyone who has been subjected to serve as the host to a parasite of their happiness to rip off the virus, purge the poison, and to find new life free from the dead weight of toxicity.”

Stream “Life Leech” on your preferred streaming provider here and watch the new music video below.

Illist is a metalcore band based in Lynchburg, Virginia. It began in 2017 as the brain child of Cecil Johnson (formerly of BoughtXBlood) and has been through a few iterations before solidifying into the current line-up. Their debut single “Padlock” is set to release on February 20th with two other songs currently in production for release later this year.

Illist focuses on many things in regards to their music, but the soul of the band is driven through authenticity. Real lyrics that can be related to from any background, upbringing, religion, etc. Their first single, “Padlock”, was a very emotional song about Micah’s upbringing within what he thought was religion. While their next single, “Life Leech”, talks about anything in a person’s life that can drain them. Whether that is a toxic relationship, a job, faith based ideas, or even just life. With music that the band truly believes and lyrics that are just as deep, something that Illist writes can be related to the listener. 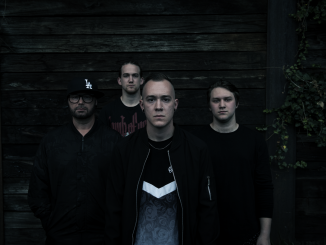