Today, A LIGHT DIVIDED drummer Adam Smith is pleased to reveal his playthrough of the lead single, “Fear of Heights”. The playthrough video can be viewed via Gear Gods here: http://geargods.net/premiere/a-light-divided-fear-of-heights-exclusive-playthrough/

Smith says, “My first rule is to not over-do it. My thinking was, what can be done to really drive the song without being over-done. That’s how we landed on the verses, which is a really solid rhythm but with several different fills to help keep it moving but interesting. I’ve tried to do more with switching hands and using rudiments more throughout songs, which is something I haven’t done a lot before. I know it’s sort of weird, but some of the stuff we did on this song, and really the whole record, is way outside of my safe zone but still very much my style and personality.

Production-wise, we spent a lot of time going back and really making sure everything percussion related existed for the betterment of the song as a whole. We stripped stuff out but also found ways to add cool features in other parts. Really, that’s our main focus – make the best song possible. So, don’t get married to what you’re playing in the beginning too much because it might not ultimately make the cut if it doesn’t serve that purpose.”

While online, get a personal look inside Choose Your Own Adventure via a track-by-track video detailing (and including short snippets of) the album’s first four standout tracks: “Make Your Luck”, “Fear of Heights”, “Remedy”, and “Another Bar Fight in Brooklyn”:

The electrifying music video for “Fear of Heights”, directed and filmed by Justin Reich of Antimatter Studios, is also available for viewing now. The video was originally premiered by Alternative Press and can be viewed via the AltPress Facebook pageor via YouTube here:

Infectious pop hooks, exhilarating vocals, hair-raising riffs, and unforgettable melodies are only a fraction of what listeners should expect to hear on Choose Your Own Adventure. On the album, A LIGHT DIVIDED explores personal, relevant topics – ranging from relationships to mental health – inspired by their own lives and losses. At the age that important decisions they make now could impact the development of the rest of their lives, all five members of A LIGHT DIVIDED put their own experiences to paper on Choose Your Own Adventure, creating a relatable experience for listeners.

A LIGHT DIVIDED features the powerhouse pipes of frontwoman Jaycee Clark, plus instrumentation from drummer Adam Smith, bassist Mike Underwood and guitarists Doug Weichbrodt and Colt Crevar. Choose Your Own Adventure was produced by Kile Odell (Motionless In White, Cane Hill) and Joshua Landry (Letters From The Fire, Motionless In White).

As proven by their work ethic and determination to succeed coupled with their high-intensity live show, A LIGHT DIVIDED have amassed a growing underground army of dedicated fans. Their unique blend of rock and metal with pop sensibility has landed them opportunities to perform on the Vans Warped Tour and with national acts such as In This Moment, Red Jumpsuit Apparatus and Crowbar.

New Noise Magazine called the band’s last album, Mirrors, “…one of the most dynamic, diverse and important genre-blended alternative rock albums of the year,” but A LIGHT DIVIDED take the potency to a whole new level on Choose Your Own Adventure.

Choose Your Own Adventure track listing:
1. Make Your Luck
2. Fear of Heights
3. Remedy
4. Another Bar Fight In Brooklyn
5. Life Lessons
6 The War We Watched
7. Scars of You
8. Finding Center
9. Sink Into Nothing
10. Plastic Crowns
11. Counting To Sober
12. Armor and War Paint

Catch A LIGHT DIVIDED in a city near you! See below for current performance dates: 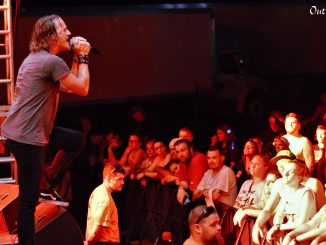 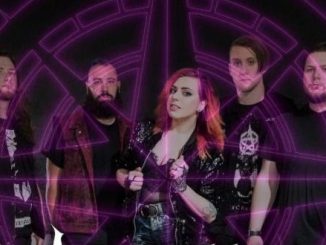