Down at the world famous grounds of the Ohio State Reformatory located in Mansfield, Ohio where such films as The Shawshank Redemption, Air Force One, Tango and Cash, and recently, Sylvester Stallone’s upcoming Escape Plan 3 were filmed, new blood hit the prison yard during the weekend of July 13th. The music and tattoo festival known as Inkcarceration, not to be confused with Ink in the Clink as years previous, officially started its sentence for being the most prominent music and tattoo festival in the Northeast Ohio region.

Under new owners and a fresh name, Inkcarceration expanded what Ink in the Clink failed to do during their short 3-year run. Everything increased in size in almost every category. Starting things off, the marketing was amped considerable with stylizing posters and ad time reaching major airwaves, including Octane on SiriusXM. There seemed to be more sponsors representing the festival local and your tier 3 majors such as Monster, Bud Light, and even PRS Guitars throwing out some sweepstakes for fans in attendance. The stages, main and second were increasingly substantial supporting such bands like Bush, Rise Against, A Day To Remember, Black Label Society, Hatebreed, Sevendust, and Corrosion of Conformity. That’s just naming a few of the bigger names in the music industry that took part in the 3-day weekend festival. Even Hellzapoppin, the world renown theatrical rock-n-roll circus sideshow performed the whole weekend with their death-defying stunts. Besides the entertainment value at your fingertips, the yard was stock full of a arrange food and drink trucks, 70+ of the best tattoo artists providing fresh ink inside the prison, and free roam to explore most of the prison grounds.

A Day to Remember

The World I Knew

The three days I covered the event, temperatures reached in the mid-90s the whole weekend. On top of the heat, I was carrying two camera bodies, a 24-70mm f/2.8, 70-200mm f/2.8, and 80-400mm f/4.5-5.6 lens for daylight capture while carrying separate gear in my backpack. With my military boot camp weight of equipment, none of this would be remotely possible without the assistance of my girlfriend and here providing some muscle while I was shooting. The blisters on my feet and sunburnt skin, I could have easily dehydrated myself before the weekend.

CONCLUSION: I had a blast again at the Ohio State Reformatory. Besides the excellent entrainment value, the fans were a pleasure to interact with on the grounds. Only a few rotten eggs to toss out, but many generally wanted to converse and to be captured on camera. The amount of effort that went into making this bigger surpassed my expectations. I was on the fence this year rather cover the event or not since I wasn’t too excited about the acts. Not being overly enthusiastic turned out for the best on my end. Different bands, I’m not familiar with named for new captures. I was disappointed with the clearance granted for some of the media. Photo pit access by the stage was limited to around 15 photographers. The rest of the media were restricted to general admission only. Not sure what qualifies a person between pit access and general admission but seeing a few people using their smartphones inside the pit and other photographers renting out longer glass with their own money was a slap in the face to others. The festival felt more like “who you know” rather than the experience you can provide. I would like to throw out my gratitude to Adrenaline PR for giving me access and also to my publication Uncivil Revolt Magazine. Thank you! 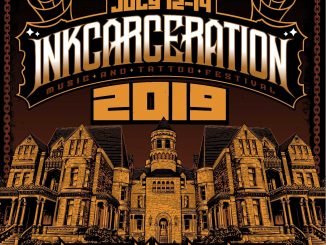 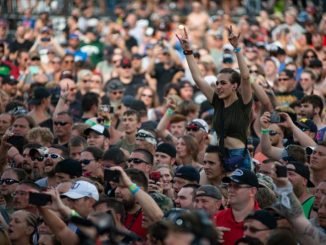 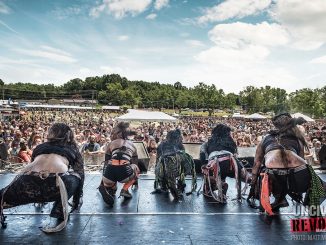