It’s been merely two and half years since Omnium Gatherum’s highly acclaimed Grey Heavens was released back in early 2016. The veteran melodic death metal group from Finland released their 8th studio album, The Burning Cold on August 31st under Century Media Records. I am still relativity new to Omnium Gatherum as they are slowly making their footprint here in the states. I first got wind of the band when they toured here in Cleveland in 2016 supporting Leaves’ Eyes and ever since hearing Grey Heavens front-to-back countless times, a follow-up album of striking gold again would surely give them the accolades they so deserve.

The main difference you’ll see before even listening to The Burning Cold is the song duration compared to previous releases. Omnium Gatherum is known for building ambiance in their songs with melodic guitar solos and harmonizing death growls from vocalist, Jukka Pelkonen. The Burning Cold starts off with “The Burning,” an intro to the album that sets the tone rather than hitting you right in the face as previous records. The track combines with their last song, “Cold” which according to lead guitarist and founder, Markus Vanhala, “they make the entirety.” “Gods Go First” opens up with a hefty drum roll, followed with a catchy riff that the band first revealed off the album a few months back. You get back into the heavy melodic tones of Omnium Gatherum with favorites of mine, “Rest Your Heart,” “Over the Battlefield,” “Be the Sky,” and “The Frontline.” The final song off the album, “Cold” starts off with a familiar intro, very similar to Metallica’s “One” and continues this simple line by incorporating a mix of cloudy and soothing vocals to bring The Burning Cold together as one.

CONCLUSION: I wasn’t too convinced after the band released “Gods Go First” and “Refining Fire” before its late August release. I immediately started to compare it to Grey Heavens and let’s be honest, that’s not friggin’ fair and just pointless. I got over that fact real quick after snagging the album at the stroke of midnight as I plugged my headphones in and transcended track-after-track off the record. The Burning Cold is downright astonishing! Surely, this release will push them more in the limelight and with their North American tour starting this week in support of Dark Tranquillity, and Amorphis will exhibit more people to one of metal’s most underrated powerhouses. 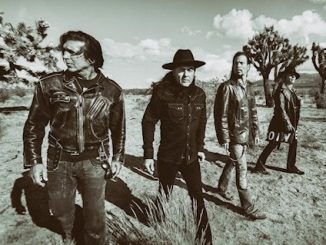 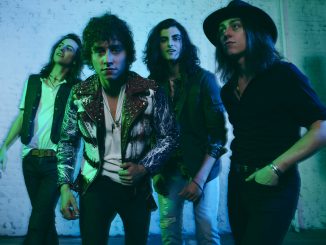 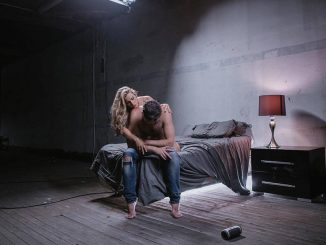