Premier music festival production company Synergy Global Entertainment (SGE) and California’s most successful and respected craft beer festival producer Brew Ha Ha Productions are pleased to announce the expansion of the acclaimed Driftwood Country Music, Craft Beer & BBQ Festival to include dates in Denver, CO and Austin, TX in September. Both dates will feature performances from country music acts Chase Rice, Michael Ray, Walker Hayes, Seth Ennis, and more, along with over 100 craft beers from some of the best breweries in the nation, and tasty BBQ from some of the regions’ top eateries.

Details on Driftwood‘s flagship 2-day show in Dana Point, CA will be announced in early September.

The 2018 Driftwood dates are as follows:

Tickets for these Driftwood dates go on sale Friday, August 10 at 10:00 AM local time. General Admission and VIP Ticket packages will be available for purchase, including an “eat and greet” Backyard BBQ With Chase Rice, where attendees can kick back and enjoy complimentary burgers, hot dogs, veggie burgers, and BBQ (during designated hours), plus plenty more perks. Driftwood VIP is presented by Head Down Eyes Up, Chase Rice‘s apparel brand and personal motto: “A way of life where you succeed not by looking at an end result, but by fighting every step of the way.”

For more on Driftwood, visit: 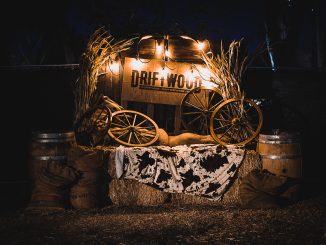