Live rock bands have recently taken a unique approach to their shows by performing with a live orchestra to back them.  In doing so, grandeur is added to the performance and the artists are required to rearrange their songs to musically match, some of which are a hit or miss. Two artists who are working together in a co-headlining tour and are adding the orchestral flare are Evanescence and Lindsey Stirling. With how both artists write their songs, not much has to be re-arranged. You experience the full grandeur of the added orchestra and your favorite songs performed the way you know and love them. Adding Cellogram as the opening act for the tour and stopping at the new FivePoint Amphitheatre, this was one event you did not want to miss.

Opening the show is a new two-piece instrumental band called Cellogram consisting of Dave Eggar on the cello and Chuck Palmer on the box drum.  These two were a good opening act to the festivities that were to come; however, they did not quite have the energy to fill an amphitheatre. While both artists played well on their respectful instruments, their performance came across more as a busking act you would stumble upon while exploring a downtown city. Eggar strummed the Cello barefoot while assuming different crazy positions while he stood and played while Palmer grooved in his own world on his box drum and bongos. One could also tell the duo were having the time of their lives on stage while playing off of each other’s energy and making faces at one another as if two friends were having a jam session at home. The smaller style show they portrayed on this large stage does not take away from the talent these two have.

Next, hitting the stage first among the co-headliners was the solo violinist Lindsey Stirling who was backed by the orchestra to provide more gravitas to her songs. Stirling rose to prominence as a quarter-finalist on America’s Got Talent during its 2010 season where she was told by the judges that she did not have what it takes to be a solo act. Stirling did not let those words stop her as she became a viral internet sensation shortly after the season aired. Not long thereafter, she released a multitude of music videos to her YouTube channel, worked with a plethora of well-known and established artists and has been performing as a solo artist ever since.

Lindsey Stirling is an artist I have been following for years after seeing one of her music videos online.  Finally being able to catch her live was a jaw dropping experience in and of itself. Stirling brings so much more to her live shows even if the orchestra was not present. Working with four back up dancers, going through a multitude of costume changes and flying in props and set pieces made it difficult to even consider being bored watching this woman play. Stirling lives up to her title as the Hip Hop Violinist since she never stops dancing across the stage nor misses a moment in her playing throughout songs like “Shadows,” “Take Flight,” and bringing Amy Lee on stage to sing on her song “Shatter Me.” Stirling even took a moment to talk with the audience about her battles with depression and how she works to overcome it every day before getting on stage. Closing her set with “Beyond the Veil with Phantom of the Opera Medley” the crowd was taken on a tonal journey of highs and lows that caused a twinkle in the eyes of each patron fixated on the talent and charisma that Lindsey Stirling exudes. If you have not seen this artist yet, I would highly recommend looking up some of her music videos as you will fall in love with her instantly.

Displayed next on the stage was a grand piano with no pianist as of yet and the instrumental parts of Evanescence and the orchestra started to take their positions. Lights dimmed and Amy Lee glided across the stage straight to the Steinway and Sons piano in one of the most elegant ballgowns. Lee took her seat and started playing the opening keys to “Overture.” As it bled into “Never Go Back”, the orchestra filled the speakers with wood and brass instruments. Amy Lee moved to center stage where her microphone sat and started to belt the lyrics to her songs. In that moment, the inhabitants of the FivePoint Amphitheatre were no longer at a rock show but instead were transported to an opera house where Amy Lee’s music showcases her range beautifully. Lee’s vocals glide almost effortlessly between her low alto and high soprano.

Being the only remaining original member of Evanescence, Amy stayed center stage while the rest of the band was playing in conjunction with the orchestra. Though most of the songs lend themselves perfectly to orchestral rhythm, Evanescence did re-arrange and slow down a cover of the Beatles’ classic, “Across the Universe”. At one point, Lee requested everyone to raise their phones into the air.  The arena was completely illuminated creating star lights across the venue. Following this, they transitioned into the song “Hi-Lo” which had a surprise for the audience as Lindsey Stirling came back onto the stage to perform with Evanescence. Amy Lee gave nothing short of an amazing operatic performance through some of their most famous songs like “Lacrymosa” and “My Immortal.” Stirling came out once more to dance and play violin with Lee as Evanescence closed the show with the mashup cover of “No More Tears/Alive.”

Seeing Lindsey Stirling and Evanescence live for the first time, all my expectations were completely surpassed for this show. Stirling gave me no doubt when it came to her putting on a high energy and theatrical stage show but even then she blew me away with what she brought to the stage. In regards to Evanescence, I did not truly know how amazing of a singer Amy Lee is until I was privileged to see her live. On top of everything these artists had to offer, I got to enjoy this show in the company of a lot of amazing friends who were just as blown away by the performances. As for the future, I do not see any of the bands stopping any time soon and I can guarantee that I will be there the next time they revisit my town for an encore. 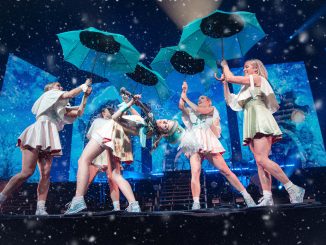 Lindsey Stirling Turns the Toyota Center Into a Winter Wonderland 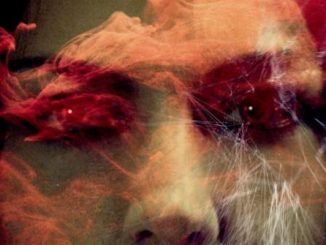