I got to the Parish Room just in time to hear the insanity that is the Crowned. They brought raw metal aggression to the tiny room. Fronted by drummer/lead vocalist Marc Coronado, who sported a Doyle devil lock hairstyle, the Crowned laid to waste the Anaheim crowd with their combative nature. Coronado nails it on both crashing the drums and wailing on the vocals. Their guitarist, Slater, plays a mean note on the axe. Looking a little like the late Chris Cornell, he brought some heavy duty riffs. Bassist Johnny Damien shook the stage with the mighty plucks of his bass guitar. With songs like “Forthcoming,” “Murder,” “Nobody,” and “God Dammit,” the Crowned turned the Parish Room into a madhouse. As they were about to perform “The Dead,” Damien came the rafters and tossed out a bag of balloons that were actually condoms. I thoroughly enjoyed the Crowned, and felt welcomed in their metal kingdom.

Full The Crowned slide show below:

Brand of Julez, a hard rock sensation from New York, was next to hit the stage. Their sound is very heavy, melodic, and has a bit of an old school touch to it. Frontman and rhythm guitarist Julez Zamora was full of fury and splendor when his voice echoed in the Parish Room. His brother, bassist Brandon, dropped the hammer on his nail-biting beats. Drummer Frankie D’Esposito displayed true showmanship with his powerful style behind the kit. Then there’s Nick Kashmanian, the lead guitarist with cunning flare and heaviness. Sporting snake-skin boots that looked like they belonged to Ted Nugent, he sizzled throughout the evening, especially when he played on the talk-box for a few tunes. One does not see that very often, it is very Richie Sambora. From “Falling Up” to “Dancing on a Wire,” “Gone,” “Power Within,” and “Take It All Away,” Brand of Julez revved up their motors and gave an awesome performance. I am so glad I did not miss them. Going forward, the future looks bold for them. 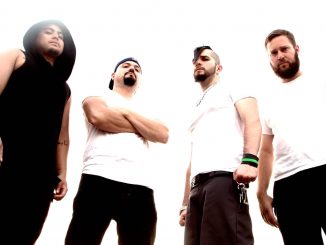 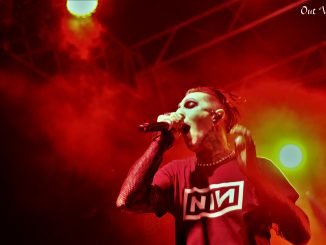 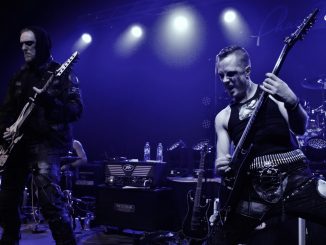