James Brown was once called “the hardest working man in show business.” When it comes to the world of heavy metal, there is only 1 person that works probably harder than any man or woman in his field: Corey Taylor. One of the most dominate vocalists in hard rock and heavy metal today, Taylor has a busy life juggling 2 groups and running his own metal festival, Knotfest. The groups he fronts are the aggressive metal group Slipknot and the hard rock sensation Stone Sour. He is wrapping up a touring cycle with Stone Sour, who released Hydrograd last year, and the last stop on his recent tour was my hometown of beautiful Anaheim at the House of Blues. Naturally, I had to go see them again. Joining them for this show were ÆGES and my boys in Joyous Wolf.

I have been actively following Joyous Wolf all year long. From their stint at Las Rageous that involved Nick Reese climbing a 30 ft. stage scaffold to their gigs at the Slidebar with Of Limbo, this has been the year of the Wolf. Frontman Nick Reese is still a crazy wild vocalist, who is full of dance and vitality. This time around though, he did not do any climbing, which is both a disappointment and relief for me because I think it is exciting that he does that, but it also scares the shit out of me. Guitarist Blake Allard continues to blaze out amazing riffs and solos. Robert Sodaro wailed on the drums with such precision, and Greg Braccio is just naturally talented when it comes to pumping out righteous bass notes. I believe this performance marks the first time Joyous Wolf played the House of Blues in Anaheim, and they slayed the fans with their infectious delta rock tunes like “Undesired,” “Holy Driver,” “Slow Hand,” “Sleep Weep Stomp,” “Mother Rebel,” and the already popular Mountain cover, “Mississippi Queen.” There is a reason why they are called Joyous Wolf; it is because they bring joy to rock!

Up next was the psychedelic hard rock group ÆGES. I first saw them at the Slidebar back in January 2017 with the Black Moods, and I really dug their style. They are fronted by singer/guitarist Kemble Walters, who just rocks out on the mic. Helping create some nasty riffs that make ÆGES sound so good is Cory Clark. Bassist Tony Baumeister shows off his skills by performing hypnotic beats, while drummer Mike Land ruled on the kit. It was fun hearing the sonic crunch of the music mixed with melodic hooks. They have been reaching new plateaus ever since they released their 2016 album, Weightless. For their whole set, ÆGES gave fans something special to listen to from “The Hunter” to “Parasite,” “Weightless,” “Leech,” and “Dream Ryppyr.” Stellar stuff from a great band.

The energy in the room all of sudden went through the roof once Stone Sour emerged from the darkness and hit the fans with “Taipei Person / Allah Tea.” Taylor was on his “A” game the whole evening, giving the fans of Anaheim the very best he had to offer on the microphone. His guitarist and long-time collaborator Josh Rand fired hit-making riffs that one cannot help but headbang to. Ever since Christian Martucci replaced Jim Root as lead guitarist, he has been a ball of driven desire to hit every solo with perfection. If anyone was going to replace Root (who is also in Slipknot), I am glad it is this guy. Bassist Johny Chow hammered away on the bass and drummer Roy Mayorga thrashed his way into our thrill-seeking metal souls. With this being the last show of the tour and the year, Stone Sour laid it all out on the table.

During the set, Taylor brought out a confetti bazooka and shot it into the crowd a few times. He even throw water at the fans from water bottles, much to the fans delight, including myself since I got drenched a couple of times. The show in Anaheim was a special one because they were filming it as well as recording it for a live album, if I remember correctly. That is an awesome way to send a thank you to the fans, who have shown a lot of love after so many years of continued support. Taylor even made a snide comment to pop stars, which I enjoyed hearing. I absolutely lost my shit when Stone Sour dove into my all-time favorite tune, “Absolute Zero.” Not only that, but they also went into “Knievel Has Landed,” “Bother,” “Tired,” “Rose Red Violet Blue (This Song is Dumb & So Am I),” “30/30-150,” “Song #3,” and “Through Glass.” After a brief recess, they came back to finish us off with a 2 song encore, which were “Made of Scars” and the very popular track from Hydrograd, “Fabuless.” During “Fabuless,” balloon men were inflated, turning the last song into a party. That is the way the end the night.

Stone Sour has been performing a lot these past couple years, and it was filled with so much excitement. Having seen them twice last year, including at Ozzfest, this was probably the best I have seen them play. Joyous Wolf is turning some big heads with their sizzling music, and 2019 is going to be evening bigger for them. ÆGES gave us sonic rock ‘n’ roll that sounded so delightful, and cannot wait to hear new music from them. So far this Holiday Season, it has been heavily joyful. To Stone Sour, ÆGES, and Joyous Wolf, I salute you. Horns up!!! 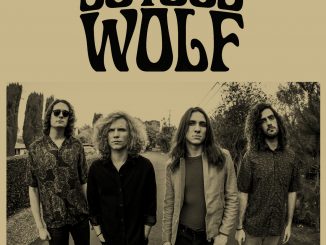 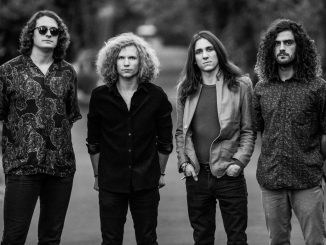