As previously announced, the video features a cameo from Nikki Sixx voice acting as himself, as well as additional voice acting from Susan Olsen (known for her role as Cindy Brady on The Brady Bunch), and Fred Coury. Coury also is credited for scoring the video alongside JOHN 5.

Just like 2017’s Season of the Witch, Invasion – produced and mixed by Barry Pointer and scheduled for release during the summer of 2019 – will be entirely released via a series of music videos. Now that “Zoinks!” has been unleashed to the world,JOHN 5 is announcing the release dates for his next two music videos.

JOHN 5 adds that his new album will feature a very special guest. He says, “My new album will be out this coming summer, and will feature a very secret, special guest that I will reveal in the coming weeks. Up first, on February 1, we’ll release the next music video for the track “Crank It”. Then, on March 1, we’ll release the video sequel to “Zoinks!”, for the track entitled “I Am John 5”. This video, like “Zoinks!”, will also be animated and directed by Brett Boggs.”

JOHN 5 adds that the “Crank It” video is directed by Israel Perez and produced by Nicole Hatley, with art direction by Cody Varona. Wardrobe and masks are provided by Forgotten Saints LA, with additional masks by Scott Blake.

JOHN 5 and The Creatures will kick off the second leg of their North American InvasionTour on February 22, 2019 in Anaheim, CA. The tour will feature support from blues-rock guitarist Jared James Nichols. Tickets and VIP packages are available now via www.john-5.com/store. 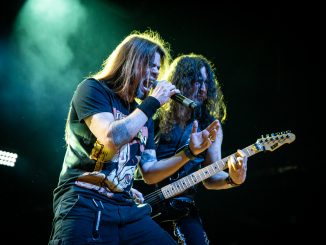 The Verdict is In: Queensrÿche and John 5 Own the House of Blues of Anaheim 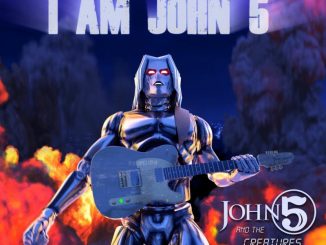 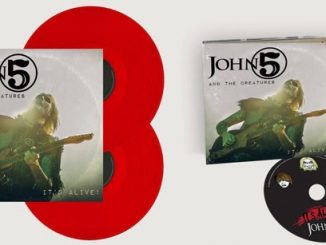 JOHN 5 AND THE CREATURES to Release “It’s Alive!” Live Album in January