Of the catchy new track, Martin-Brown tells Alternative Press: “I had been listening to a lot of bluesy rock and I really wanted to write something in that vein. When coming up with the lyrics I decided to have a bit of fun with it and write from the perspective of the “evil” woman described in a lot of the classics. The one who will happily play with your emotions and watch you suffer. ‘The Fire’ is meant to be a modern response to tracks like ‘Soul Stealer’ by AC/DC or ‘Sorrow’ by David Bowie, ‘Devil Woman’ by Cliff Richard etc. I really wanted to write something from that perspective, kind of owning the character and showing that maybe it isn’t such a terrible thing to be a bad girl.”

Named by Triple M Australia as one of the Top 4 Best Up and Coming Rock Acts and managed by the same firm as Ghost, Mastodon and Slayer, expect more from this act very soon including new music and tour dates. 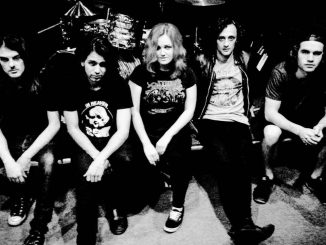 EVOL WALKS: From down under, but LA Dirty.