When it comes to music, I have always been more of a hard rock fan myself. But since diving deeper and deeper into the metal community, one name I kept hearing from people that I need to listen to is Architects. Releasing their eighth studio album Holy Hell to high critical acclaim late last year, they have been on a tear touring through Europe. They finally made their way back to North America on the Holy Hell Tour. Bringing along with them are deathcore giants Thy Art Is Murder and fellow metalcore up and comers While She Sleeps.

Starting the night off by getting the crowd pumped was While She Sleeps. Opening with “You Are We,” the crowd was already ready to go wild. Calling for a mosh pit before the first song even ended, the fans were more than happy to oblige. As they moved into “Anti-Social” lead singer Lawrence Taylor got the whole venue off their feet and jumping. The impact of every person in that room hitting the floor at once made the floor move violently as if an Earthquake just hit Anaheim. I guarantee this would have registered on the Richter scale if we had one in the room. Playing through songs like “The Guilty Party,” “Haunt Me,” “Silence Speaks,” and ending their set with “Hurricane” Taylor dove into the crowd to sing the final few verses of the song while being held up by the fans. While She Sleeps got to show the metal community why they deserve to be a big name in the music industry.

Full While She Sleeps gallery below:

Next up to the stage was the Australian deathcore band Thy Art Is Murder. Fronted by CJ McMahon, his deep guttural vocals created a beast of a presence on stage. Flanked by guitarist Sean Delander and Andy Marsh, who both brought some of the heaviest guitar riffs of the night on songs like “Holy War,” “Reign of Darkness,” and “Fur and Darkness.”  Holding down the low end was bassist Kevin Butler and blasting beats on drums was Jesse Beahler. Though Thy Art is Murder was only the second band playing, it did seem that they had the biggest mosh pit of the night. The venue was sold out and packed to the brim, but the moshers found a way to open up a pit that still took up majority of the floor space. Ending their night on the live premiere of a brand-new song “Human Target” off of their upcoming fifth studio album, the House of Blues still gave the band everything they had till the very end.

Full Thy Art is Murder gallery below:

Two bands down and the Architects were finally ready to make their presence known. The crowd has been going crazy non-stop all night, but as soon as soon as the opening notes to “Death Is Not Defeat” the crowd lost their shit. Not even a minute in and we already had crowd surfers barreling over the barricade. Lead singer Sam Carter has one of the most unique metal screams in my opinion. Adam Christianson and Josh Middleton are phenomenal on guitar, blending perfect melodies with metalcore style heavy licks. Middleton fit into the band perfectly after joining due to the passing of original lead guitarist Tom Searle from cancer in 2016. Hanging out in the back was bassist and keyboardist Alex Dean, while longest tenured member and drummer Dan Searle kept the beats steady for the crowd to head bang to.

With the House of Blues being a decently sized venue, there is ample room for bands to bring in their own equipment to make their concert experience a more unique one. Architects brought in their own lighting equipment that gave the patrons a light show like none other I have seen at the House of Blues. Carter even gave a speech about living with mental illness and depression that seemed to really strike an honest chord with the audience when he opened up about taking anti-depressants for the last few years. Telling everyone in the room, that there is nothing wrong with reaching out for help. Continue the show with songs like “Mortal After All,” “These Colours Don’t Run,” “A Match Made in Heaven,” and “Hereafter.” And coming back out for a two-song encore, when Architects started “Gone with the Wind” as the crowd tried to give the band the rest of their energy but could see they were getting winded. That was, until the opening notes to the final song “Doomsday” came over the speakers and the crowd rushed the barricade in a frenzy. Gaining their fifth wind and going all out throwing countless amounts of crowd surfers over the barricade. I’m surprised security was able to handle the barrage of fans trying to get as close to the band as they could.

This show has been sold out for over a month and there was a line around the block to get in before the doors even opened. I knew as soon as I got to the venue that this was going to be a night for the books. The crowd seemed to have an endless amount of energy as each band tore through the House of Blues stage. I now understand why so many people would tell me to check out Architects and I am glad I have finally seen them live. Security thought they were ready for the chaos that was in store for them that night, but While She Sleeps, Thy Art is Murder, and Architects all knew how to bring out the craziness of every fan in attendance. That night, Anaheim belong to the metal fans. 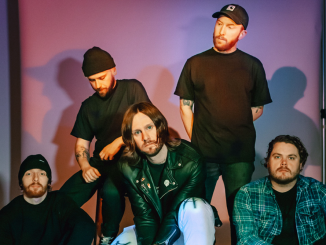 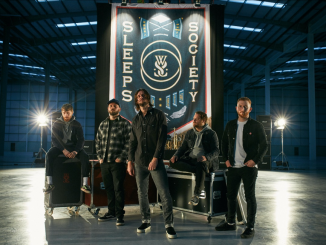 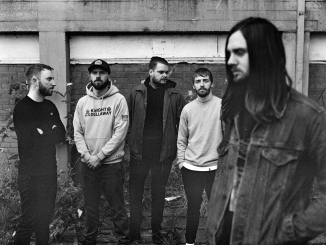