After the great success of 2018’s “Heart Of The Hurricane,” BEYOND THE BLACKdeliver a special gift for their fans worldwide, by re-releasing “Heart Of The Hurricane” as a Black Edition with 3 bonus tracks and a Best Of CD compromising the best songs from their previous two albums. The three bonus tracks are no leftovers from some old recording session – they are consequent beacons leading into the future and all that is to come for BEYOND THE BLACK.

The album is available as 2CD Digipak and Digital Album.

Tomorrow, the first single and official video “Through the Mirror” will be released on the Napalm Records YouTube Channel.

Together with “Heart Of The Hurricane / Black Edition,” BEYOND THE BLACK’s first two albums “Lost In Forever” and “Songs Of Love And Death” will be physically released for the first time outside of Germany, Austria and Switzerland on June 7th (Europe) and June 28th (North America). Pre-order them HERE.

“Heart of The Hurricane,” the third album from the band, entered the German album charts at #5 last summer. Crossing all musical borders, singer Jennifer Haben scored a slot on the current season of German TV series “Sing meinen Song” (sing my song): starting May 7th she will be starring weekly at TV channel Vox besides other well-known artists like host Michael Patrick Kelly. At the same time Heart Of The Hurricane will be re-released; the new Black Edition includes a double-CD with the original record as well as three brand new songs and a best of from their first two releases. The combination of their biggest hits, the actual album and three new songs, Beyond The Black have released a record that will leave nobody unsatisfied.

With the release of their debut album in 2015, the band and their singer Jennifer Haben blew up like a bomb. “Songs Of Love And Death” took hold in the charts for weeks and the band received a prestigious “Metal Hammer” award in the category “Newcomer of the year”. The following album Lost In Forever drew on that success, charting at #4 on the German charts and leading the band on a mammoth tour across Germany and the UK straight to Russia and Japan.

Since 2014, the band have delighted their fans regularly at the Wacken Open Air, as well as supporting international established acts including Aerosmith, Korn, Scorpions, Saxon, Within Temptation and many other established international acts. 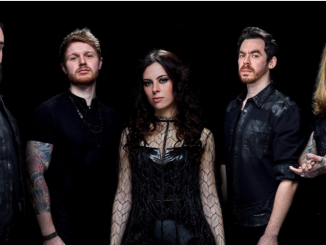 BEYOND THE BLACK Releases New Single and Music Video for “Human” 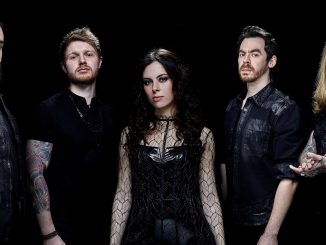 BEYOND THE BLACK to Perform Exclusive Live Show via WACKEN:WORLD:WIDE