The latest visual cut from Cannibal Corpse is from the mind of horror FX veteran Doug Sakmann. The concept builds upon the world brought to life by Zev Deans in the previously released “Code of the Slashers” video but adds significantly to the visual gore department. Sakmann shot the concept in Philadelphia, PA and the live footage was captured by Jesse Davis in San Francisco, CA. The video stars adult performers Nadia White and Talia Satana, as well as actresses Sonja Century, Kim Reo, and actor Alex Webster as the final kill of the video.

Watch the brutally beautiful “Red Before Black” now at:

“Red Before Black” was edited by Metal Blade’s own Vince Edwards and then meticulously processed by colorist/senior lead flame artist Luc Job (a pioneer in digital imagery for the last 25 years who has worked with directors David Lachapelle, Ridley Scott and Darren Aronofsky and clients like BMW, Dolce & Gabbana) who was all too happy to assist to bring the gratuitous bloodshed and gore to life for Cannibal Corpse!

Cannibal Corpse are currently on tour with Slayer, Lamb of God, and Amon Amarth. Visit http://cannibalcorpse.net/tour-dates/ and follow the band in bandsintown to never miss a show near you again.

Cannibal Corpse is touring in support of their latest album, Red Before Black. Many words come to mind when you hear the name Cannibal Corpse, but one truly defines the soon-to-be thirty-year death metal veterans: Unstoppable. Produced by Erik Rutan (Hate Eternal, Goatwhore), Red Before Black serves to not only reiterate this but to once more raise the stakes, making it very clear who sets the standard when it comes to always compelling music that is equally brutal and complex. Moreover, the band have pushed themselves again, ensuring that it stands out from their catalog. “Throughout our career we’ve tried to improve the precision of both our musical execution and our album production, while still maintaining full-on aggression. ‘Red Before Black‘ continues in that direction, but might go even further on the aggressive side of things. It’s definitely precise, but it has a rawness to it that goes beyond anything we’ve done recently,”asserts bassist Alex Webster. “We really worked super hard crafting these songs, practicing them, and getting them where we wanted to be more so than on any of our previous albums,” adds drummer Paul Mazurkiewicz. “And as Alex said, musically I think it’s the most raw sound we’ve had – and at the same time I think it’s our most focused, tightest and catchiest record.”

About the director:
Doug Sakmann – the maniac behind the ‘Punk Rock Holocaust’ live concert/horror comedy series based on the Vans Warped Tour as well as producer and actor for Troma Entertainment – creators of ‘The Toxic Avenger’ and ‘Class of Nuke Em High’. You may also recognize him as Sgt. Kabukiman N.Y.P.D, as he has been portraying the company’s flagship character for the last 20 years. Kabukiman hosts his own variety show – ‘Kabukiman’s Cocktail Corner’ on the Troma Movies network and is currently developing a sequel to the original movie – ‘Kabukiman Returns’.

Outside of his work with Troma, Sakmann is an accomplished producer and director – having produced over forty feature films and many TV projects, music videos, short films & commercials. Doug also creates monsters and horrific blood & gore as a skilled SPFX Artist and FX Supervisor around the world.

Most recently Sakmann co-produced and created SPFX for Troma latest movie directed by studio head Lloyd Kaufman – ‘Shakespeare’s Shitstorm’ – a Tromatic take on Shakespeare’s final stage play ‘The Tempest’ that will be released this Fall. You can also see his handiwork in the horror film ‘Cut Shoot Kill’ as he produced, created FX for and is featured in the movie now available on Amazon Prime and most VOD outlets. For more info: http://www.dougsakmann.com/ 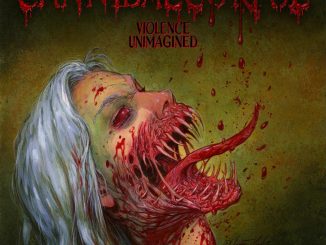 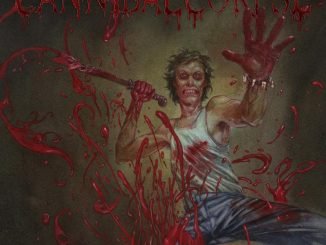 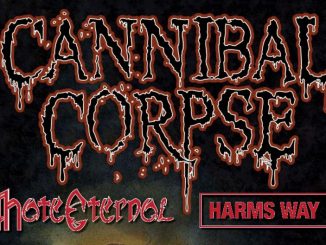