When it comes to the question, who is the biggest rock star in of Japan? Well, the answer is quite simple: Hyde. The enigmatic wild man from the Land of the Rising Sun is known for his alternative ways with his international hit bands, L’Arc-en-Ciel and Vamps. I will admit, I did not know too much about him or his music. Recently, he has returned to his roots as a solo artist to give the world his latest work, Anti. I listened to this record and was very impressive with Hyde’s blend of hard rock riffs with pop melodies. Matt and I learned that he would be doing a mini U.S. tour to give the fans a taste of his latest music, with his last stop being at the 1720 venue in Downtown L.A. When we arrived, we saw a huge line that wrapped around the sidewalk. I never knew he had such a huge following here in the States. I was in for a real treat to see his magic.

Around 8:45, the lights in the bar go dark and we hear the heavy electronic music coming from the P.A. One by one, Hyde’s band mates walked onto the stage sporting glow-in-the-dark masks. By looking at them, I would guess that Hyde’s theme for the night was that of the film, The Purge, because he was ready to kill us with his deadly tunes. Hyde walks out in a black leather trench coat, neon contact lenses, and a Phantom of the Opera inspired mask. The first song, “Fake Divine,” shook us to our core. Hyde has an amazing stage presence, full of fierce passion and a shroud of mystery that surrounds him. He is very skillful on the vocals, hitting each song with such ease and filling our hearts with rock ‘n’ roll joy. He does not speak conversational English, but as soon as he hit the microphone, translators be damned. Hyde had the fans eating out of the palm of his hands with his righteous songs.

His band mates, whose names remain a mystery, cranked up the heat with their heavy duty playing. The guitar player shredded some tasty licks that was on the borderline of alternative hard rock and pop greatness. The bassist and keyboardist were in steady sync with their rhythmic beats that almost belonged in a dance club. Hyde’s drummer stood out the most because his precision on the kit was insane.  Every musician in this group was well-oiled machine, every piece doing its job beautifully. Most of the material that was performed by Hyde were from Anti, including “After Light,” “Two Face,” “Out,” “Set in Stone,” “Zipang,” “Who’s Gonna Save Us,” “Lion,” “Another Moment,” “Mad Qualia,” and “Sick.” Fret not, for the fans rejoiced when Hyde busted out 3 songs from Vamps, which were “Inside of Me,” “Underworld,” and the piano led “Don’t Hold Back.” After he wrapped up “Mad Qualia,” the crowd pleaded him for one more song. Without hesitation, he came back and killed with “Ordinary World.”

After witnessing his wonder, I now understand why Hyde is such a hot commodity to come out of Japan. The fan base he has here is insane, and they would follow him no matter what kind of music he does. The sold-out venue of 1720 was a rock ‘n’ roll dome full of hungry fans, ready to eat up what Hyde was serving. After that, it is safe to say that everyone, including myself, left feeling satisfied. He plans on doing another U.S. tour sometime in the fall, and I am already hungry for more. To Hyde, I salute you. Horns up!!! 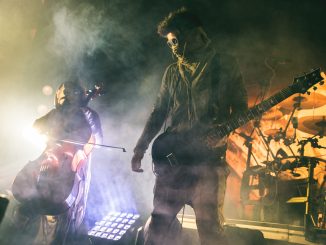 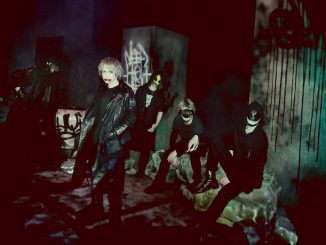