The king of Avatar Country has been globe-trotting for the past year and a half, spreading his declaration of heavy metal dominance. Touring with the likes of Light the Torch, Trivium, and In This Moment, Avatar has conquered the metal world, and is looking to hold on to their new reign. I first saw them briefly when they opened for In This Moment in Riverside in 2017, but we got there late, so we did not enjoy the full experience. Then, last November, they came to Anaheim as a co-headliner with Trivium, and my old mentor Sid Starling was right: these guys are on a whole new plateau. Gaining huge momentum in the States, Avatar has embarked on a headlining tour this summer with Devin Townsend, Dance With the Dead, and ’68. One of their stops was at the Mayan Theatre in L.A., a venue Uncivil Revolt has yet touched. Being that we loyal subjects of Avatar, Rabit, Rockaholic, Rick Marto (aka Tricky Ricky), and I all headed back to the City of Angels to enjoy a freak show.

The first group of the hellish night was the noise punk rockers ’68. This band is a duo that features guitarist/vocalist Josh Scogin and drummer Niko Yamada, dressed in suits like they are about to perform at a cocktail lounge. Scogin has an incredible stage presence and shares a comedic sense of humor with Yamada while performing. His riffs are very distorted and all over the place, as punk rock should sound. There were a few times where he was only playing the neck portion of his guitar with one hand. Yamada just massacred his drum beats and very innovative. Together, they make punk rock look very chaotic, the way it should be. I did not get all of their songs, but the ones I did get info on included “No Apologies,” “Whether Terrified or Unafraid,” and the closer, “No Montage.” During the final song, Scogin had his guitar play a riff that was looped over and over, all the while Yamada went bombastic on the kit. During that time, Scogin took away parts of the drums and Yamada improvised the fills very comically. ’68 is a combo of angst and hilarity, which can be lethal in the right hands.

The next group up was the weirdest choice for the tour, Dance With the Dead. This band is another duo that consists of 2 musicians, Tony Kim and Justin Pointer, who acted as both DJs and guitarists. Their sound is a combination of heavy metal, dub-step, and electronica. Both of these musicians were in sync with their sound and timing. Personally, I thought Dance with the Dead was boring and dull. I had no idea what made them special. Whenever Kim and Pointer went to the guitars, they were usually strumming on one riff to stay in sync with their DJ tables. Also, Kim’s Unicorn-style hair do was distracting. The only thing that I recognized from them was their remix of Metallica’s “Master of Puppets.” There were some fans who were enjoying what they were seeing and hearing, which is fine for them. They would have fared a lot better in a Goth setting than a metal show. For me, I would have brought along a better act than Dance With the Dead.

Full Dance with the Dead gallery below:

Devin Townsend walked onto the stage with a Hawaiian shirt on while carrying his acoustic guitar. Celebrating his latest masterpiece, Empath, Townsend was full of humor and metal madness. It amazed me just how funny he can be on stage, and how talented he is while performing unplugged. I thought he would singing softly for this kind of performance he was doing, but he did scream his guts on certain portions of each song. Each song he played spoke volumes when he strummed his acoustic. Devin had an intimate interaction with a audience member named Hannah who apparently very badly needed to pee. In the middle of one of his songs, he diverted for a completely impromptu song about Hannah’s need to pee that had her screaming with excitement. He also had a laptop station next to him so he could program additional sounds for the selected tunes. Along with his solo stuff, Townsend’s set list comprised of different songs from his many different projects like the Devin Townsend Band, the Devin Townsend Project, and Strapping Young Lad. From “Let It Roll” to “Deadhead,” “Ih-Ah!,” “Love?,” “Why?,” “Solar Winds,” and “Life,” the Canadian Prog Master rocked the Mayan. I look forward to seeing him with his backing band in the future.

After Townsend did his thing, we finally ventured in Avatar Country once again, with King Jonas “Kungen” Jarlsby sitting on his throne with his guitar on his lap. His loyal subjects, guitarist Tim Öhrström, drummer John Alfredsson, and bassist Henrik Sandelin, start ravaging the stage with their music. Next thing you know, their singing Prime Minister Johannes Eckerström marched out to podium and presented to us the proclamation, “A Statue of a King.” Ever since my mentor turned me onto these guys, I could not get enough of them and their stage presence. Eckerström is a hollering and screaming court jester who knows how to make the fans headbang like goddamn maniacs. Avatar’s lethal mixture of Swedish death metal, industrial metal and progressive metal make them extremely deadly to our ears. The twin guitar attacks of King Kungen and Öhrström is bombastic. Each of them rampage through the songs with their hellacious riffs, and they trade off solos excellently.

Avatar played an evenly spread out set with songs coming from 2012’s Black Waltz, 2014’s Hail the Apocalypse, and 2018’s Avatar Country, with a couple from 2016’s Feathers & Flesh thrown into the mix. I felt my head was about to pop of body because I was twirling my around and around with no sense of ending it, along with the majority of fans there tonight. We headbanged and stomped our feet to Avatar’s awesome tunes like “Legend of the King,” “Paint Me Red,” “Bloody Angel,” “The Eagle Has Landed,” “Ready for the Ride,” “Get in Line,” “Tower,” “Puppet Show,” “Let It Burn,” “For the Swarm,” “Smells Like a Freakshow,” and “Torn Apart.” After a brief timeout, the freak show came back out to savage our ears with a 2 song encore. During “The King Welcomes You to Avatar Country,” bubbles surrounded the stage. Flamboyant, but very enjoyable, like we were at the circus. Avatar crushed the evening with their signature blow out tune, “Hail the Apocalypse.”

We left Avatar Country feeling sad that we had to depart, but euphoric after hearing the marvelous music that Avatar busted out tonight. ’68 was a surprising smash for us, and Townsend performed an unplugged show viciously. They could have done without Dance With the Dead because their style did not mesh with the others. It was their 3rd to last show as the tour would wrap up in Vegas. We came, we saw, and we hailed the apocalypse once again. To Avatar, Devin Townsend, Dance With the Dead, and ’68, I salute you. Horns up!!! 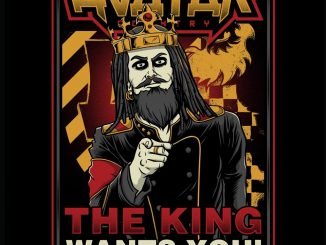 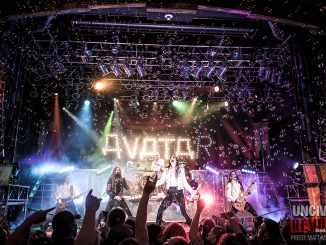 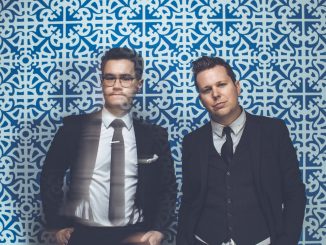