15 years ago, one of the biggest rock bands in the world Creed (whom I like so shut up, lol) officially broke-up due to infighting and creative differences with frontman Scott Stapp. For guitarist Mark Tremonti, bassist Brian Marshall, and drummer Scott Phillips, it gave them an opportunity to explore new frontiers in rock. Not wanting to separate, they got together with vocalist Myles Kennedy (formally from The Mayfield Four) and brought us the heavy alternative rock giant that is Alter Bridge. 15 years together and 5 studio albums under their belt, they have achieved critical success that was never quite there for Creed. After a year of embarking on other projects that included Tremonti and Kennedy’s solo records, Alter Bridge have returned something fierce with their 6th release, Walk the Sky. This album marks the 2nd with Napalm Records and 5th that is produced by long-time collaborator Michael “Elvis” Baskette, it is the follow-up the highly successful predecessor, The Last Hero. Does it live up to the hype? Then, let us walk the sky and find out for ourselves.

We open the album up with “One Life,” which serves as a near 90 second appetizer for what we can expect from Walk the Sky. Next, we jump right into the heart of the record with “Wouldn’t You Rather.” Kennedy is glorious in his alternative metal swagger, singing about living life by how one’s heart tells them to live. Tremonti screeches and wails on the lead solo that also adds some of the groove elements that he has been developing as a solo artist. This tune will make fans stand up and take notice. We are now at probably my favorite single of this record, “In the Deep.” I see this song as a powerhouse arena-rocker that will throw so many fists in the air around any venue. Lyrically, the song is fully of hope, enlightenment, and hope, like having faith in something will see you through dark times. Phillips is tenacious with the bass kick and goes into rapid fire mode on the kit. Holy shit do I love this song. “Godspeed” has the 90s post-grunge sound that makes for a good eulogy to a love one of anthem proportions. Phillips adds a beautiful piano melody in the background that gives it a ballad feel. Kennedy builds himself in the pre-chorus until he eventually punches through the heavens at the chorus with Tremonti, singing “Farwell, Godspeed.” Things go into heavy, stomach crunching overdrive with “Native Son.” Kennedy and Tremonti duke it out with a grueling guitar duel, with each riff heavier than the next. Marshall performs a solid bass lick that grooves and thrashes with authority, and it syncs nicely with Phillips lighting reflexes on the kit.

“Take the Crown” is a soul-crusher that cuts us down without warning. During the verses, Alter Bridge is pessimistic and brooding, but once they reach the chorus, they turn the sound into something a little more upbeat. This is a genius 180° turn by the band. “Indoctrination” is by far my favorite track off Walk the Sky. The lead riff is very gritty and has a dark, progressive overtone that tiptoes into Tool territory. Kennedy portrays himself as a captor of a person’s will and soul, seducing them into submission. Like the sweet taste of honey, we love his voice and give him all we have. We are at the halfway point of the record with “The Bitter End.” A true Alter Bridge tune that reminds me of their earlier material on One Day Remains. Soaring vocals by Kennedy and virtuous guitar licks by Tremonti, this song is full of joy that reminds us that while the end will come, the enjoyment of living is right now. The band goes symphonic with “Pay No Mind,” where we hear angelic harmonies and sizzling keyboards performed gracefully by Phillips. This songs carries Alter Bridge to the top of the mountain summit where show resilience to dark forces. The harmonizing chorus has a choir feel as if it raises the band even higher. It now Tremonti’s turn on lead vocals with “Forever Falling.” He starts with an acoustic intro before going full-blown thrash metal. He is aggressive and raw with his singing, giving the tune a tough exterior. Kennedy sings in angelic fashion during the chorus, making the song sound like a battle between the light and the dark, with Tremonti being more ominous. He also nails the old-school hard rock sounding solo that would make Slash jealous. I was waiting for him to add some thrash flavor to Walk the Sky, and when he does, he pulverizes it.

“Clear Horizon” returns the band to its alternative metal roots and slugs it out of the park. The churning guitar riffs are bombastic and the lyrics are pure rock ‘n’ roll. It is about awaking up from a false dream we bought into and seeing things more clearly. A real eye-opener from the alternative legends. “Walk On the Sky” is a showcase of the immortals Kennedy and Tremonti, whose chemistry holds no bounds. I am a big Creed fan, but the bond between Kennedy and Tremonti is much stronger than that of Scott Stapp and Tremonti. Marshall plays a low, dark bass riff that bites you in the jugular without you noticing. “Tear Us Apart” is a sure fire smash with a modern hard rock beat that is very cheerful. The song tells us to let the hatred and bad blood go in order to start living again. It is a lot lighter in tone than the previous tracks, but it does aim straight for the heart. Our walk has come to its conclusion with “Dying Light,” a relaxed yet effective song that seems to tackle on the subject of finding happiness in the afterlife on some level. Kennedy slows down a bit with the singing, but still hits his target on the chorus. Tremonti fans the guitar flames that produces a white-hot solo. This tune gives us confidence that things will turn out well in the end.

Walk the Sky showcases the continued musical genius that is Alter Bridge. I was right, they did top The Last Hero with a record that gives not one, not two, but a multitude of musical styles. Like with Slipknot and Korn, I have been waiting for another Alter Bridge LP that will not only raise my spirits, but also find ecstasy in life. This record does that and every fan of the group, old and new, will find euphoria when they walk the walk like I did. To Alter Bridge, I salute you. Horns up!!! 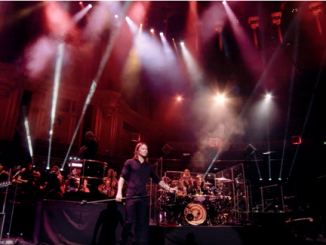 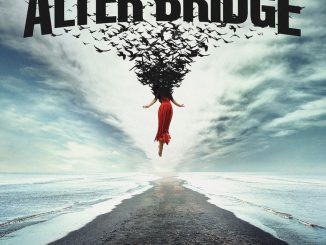