The last time I was at the Whisky, it was during May when Lita Ford stopped on through for a sold-out show. I was really excited to see her perform and her opening act Blue Midnight. However, the show turned very sour because the crowd was acting like scrupulous assholes and security was off their game. Plus, some joker took my seat at one of the tables with my Lady of Rock and he never gave it back. It was supposed to be another memorable night at the Whisky, and it all went to Hell. Well, on October 12th, there was a chance for redemption when Sebastian Bach announced 2 nights there, with the 12th being the last day of the tour. It has been 30 years since the release of Skid Row’s highly successful debut, and he wanted to share the celebration with the fans. Kobra and the Lotus joined him for the tour to promote their critical darling of 2019, Evolution. So, I headed down to the Whisky to get in touch with my youth and go wild!

Kobra and the Lotus was the only opener of the night, and Bach obviously chose them for a good reason. I have been following the Calgary based group ever since I heard “Soldier.” They are fronted by the badass songbird Kobra Paige, who wore a blue outfit that is similar to a circus ringleader or a captain’s outfit. She has this gorgeous voice that is suitable for symphonic and hard rock, making her a deadly vocalist. She is armed to the teeth with her 2 shredding guitarists, Jasio Kulakowski and newcomer Ronny Gutierrez. Both men share the riffs and trade off solos, striking every chord with awesome might. Marcus Lee is a strong man who hammers the drums with melodic precision, while bassist Brad Kennedy was solid on rocking out the rhythmic beats. Their new record, Evolution, is a testament to the band’s new direction to create something different and exciting. Kobra and the Lotus played 5 songs off the record, including “Burn!,” “Circus,” “Liar,” and “Thundersmith.” The Whisky crowd loved the new songs as well as some of their other material like “Let Me Love You,” “Losing My Humanity,” “Velvet Roses,” “Light Me Up,” and “You Don’t Know.” Their night ended with the heavy powerhouse from Evolution, “Get the Fuck Out of Here,” which proved to be huge that night. Kobra and the Lotus lit up the Whisky with a stellar performance, getting the fans ready for some old-school 90s metal.

Full Kobra and the Lotus gallery below:

Skid Row was one of the top metal acts during the late 80s and early 90s, with Sebastian Bach wooing the metalheads with his high falsetto voice. As soon as he descended down the stairs, his band went straight into the heavy metal classic, “Slave to a Grind.” It is amazing that at 51 years old, the Canadian screamer can still hit those notes as well as he did back in the day. He does not move as fast on stage like he once did, but his hollering voice does all the work to energize the crowd. His guitarist, Brent Woods, was smoking it with those guitar licks. Not only could he wail like a badass, but when he switches to the acoustic, he sounds angelic. I originally thought I was going to hear the whole Skid Row album, but we were in for a special treat. Bach decided to perform the whole Slave to a Grind album, arguably Skid Row’s heaviest and best work. Bach told us he only going to 4 or 5 from the album, but when the fans wanted to hear more from the sophomore masterpiece, he happily gave it to us. I was so excited to hear songs like “The Threat,” “Quicksand Jesus,” “Psycho Love,” “Beggar’s Day,” “Livin’ on a Chain Gang,” “Creepshow,” “In a Darkened Room,” “Riot Act,” “Mudkicker,” “Wasted Time,” and the song that got me into Skid Row, “Monkey Business.” After taking a quick breather, Bach and his gang returned to the stage to give crowd exactly what they wanted to hear, the classic Skid Row hits “18 and Life,” my all-time favorite “Youth Gone Wild,” and the ballad “I Remember You,” where Bach dedicated the song to his fallen rock comrades like Vinnie Paul, Lemmy, Chester Bennington, and more recently, Cream drummer Ginger Baker.

This was truly a great night at the Whisky, though it was packed to the brim with old-school metal fans. They were having such a great time, they did not want to leave when ended it. So, Bach, in his comedic nature, went into the tune “Get the Fuck Out.” Bach puts on a great show at his age, and he does not care how old he gets, he’s still going to rock out with his long hair out. I especially enjoyed Kobra and the Lotus’ performance. They are at their creative peak and still hungry for me. That night definitely makes up for the fiasco with Lita Ford. To Sebastian Bach and Kobra and the Lotus, I salute you. Horns up!!! 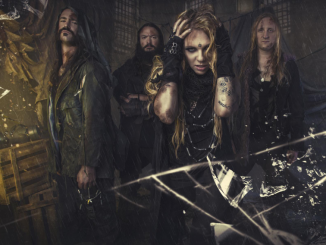 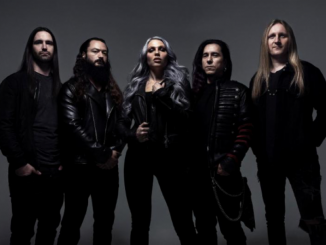 KOBRA AND THE LOTUS To Release New Studio Album