The rock and metal world’s leading source for music and culture news, Loudwire, is celebrating the 100th episode of its popular Gear Factor series, which tells the story of rock’s most popular guitar players through the riffs that shaped them.

Since its launch on YouTube in 2018, the show has featured many rock and metal legends, including Robby Krieger from The Doors, Nancy Wilson from Heart, Lzzy Hale from Halestorm, John 5, Tobias Forge from Ghost, Frank Iero from My Chemical Romance, Gary Holt from Slayer and Exodus, Vivian Campbell from Def Leppard and more.

These interviews, along with many others, were a huge success with Loudwire’s 1.4 million YouTube subscribers and beyond, with the series amassing over 17 million views since its inception.

The idea was birthed by the show’s host Squiggy of The Music Experience and Loudwire’s former Head of Business, Josh Bernstein. Noticing a gap in artist-focused instrument playing segments, the two set out to create something leaning less on technicality and more on passion, discovery and inspiration.

“It’s been amazing watching Gear Factor grow on our channel, and we are proud to tell the stories of how great players got their start while hopefully inspiring new ones to pick up a guitar,” says Loudwire Executive Editor Rabab Al-Sharif.

Today, every fan wants to relate to their favorite artist and Gear Factor sought to show these fans that even the most celebrated rock and metal musicians had the same humble beginnings — just figuring out how to play their favorite riffs.

With interviews focusing on the story of how iconic players learned their craft and developed as a player, the series celebrates artists sharing the songs and musicians that inspired them to pick up a guitar in the first place. Showing that everyone has to start somewhere, Gear Factor aims to speak to the audience in a way that inspires them to do the same.

“I try not to use the word luck when I discuss Gear Factor,” says Squiggy. “Luck is when something falls in your lap, Gear Factor was built on passion, hard work from many people and a belief in the journey.”

Based on the number of messages Squiggy has had from fans saying, “Just watched your video with _____, what kind of guitar do you think i should buy,” the format is working. It’s that passion that fuels the show.

“I have been in the instrument business for over 23 years,” Squiggy says. “Unlike many people in the business who are driven by sales, I am driven by the things I want people to say at my eulogy.”

Halestorm frontwoman Lzzy Hale made a young fan’s life last year, bringing her onstage during the band’s performance at the 2019 Sonic Temple Festival. Young Karissa first met up with Halestorm at their meet-and-greet session, before being invited backstage to hang out with the band and exchange Howard Dean “Byah!” screams. Finally, Hale gifted her custom Epiphone Explorer to the young superfan.

We also learned about the history of Anthrax and Public Enemy’s iconic collaboration, “Bring the Noise,” during a Gear Factor episode.

“I had to work with Public Enemy somehow,” Scott Ian recalls. “I had to work with Chuck [D.], and I just had an idea for a riff that came off the horns that they sampled for ‘Bring the Noise.’ That’s what inspired the riff. I feel like I was just transposing the existing horn part, keeping things the same.”

In another great episode, Gary Holt recalled the first guitar he ever had — a Montgomery Ward given to him by Kirk Hammett, but when his love for something better came along, it landed him in a spot of trouble. Holt says he purloined a Gibson Les Paul gold top copy, but got busted and spent some time in a juvenile hall.

Check out all of the great Gear Factor moments and revisit every episode here. 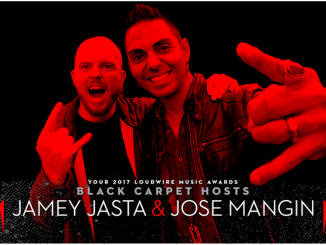 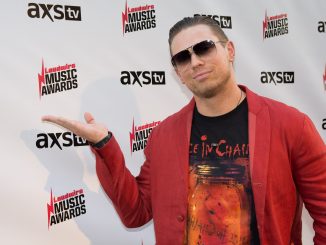