Get Your Copy HERE

“A cocktail of modern prog metal, ‘Macro’ is the album where Jinjer show us what the future of heaviness sounds like.” – Loudwire

In the midst of the global Covid-19 pandemic and with music fans confined to their homes, Ukrainian modern metal frontrunners JINJER bring live madness to your screens with the release of the official live video for crushing song “Pit Of Consciousness” from their globally acclaimed album Macro.

The video was filmed during the band’s captivating performance in Kiev in 2019 by Oleg Rooz (Suicidal Tendencies, The Dillinger Escape Plan, Enter Shikari).

Commented bass player Eugene Abdukhanov: “Back when we recorded this show we were on the tail end of a 6 month tour and somewhere in between all that madness we managed to write and record Macro… it was an extremely stressful time. But it was one of the most positive times of our lives. Things right now look pretty grim and no one knows what will happen next. We want to release this video with the hopes of letting people know that no matter how crazy, confusing and scary things get – BETTER TIMES are on the way. Let’s use the time at home in isolation to take a good look inside and learn about our true selves…”

Devastating riffs, aggressive vocals, powerful melodies and astonishingly deep lyrics are what make their new album, Macro, JINJER’s most advanced and undeniable album yet – taking the listener on a journey of trauma, power struggle and greed with a progressive groove metal backdrop.

Order Macro HERE, and watch the music videos below:

In under 10 years, the four-piece progressive groove metal wrecking machine known as JINJER have carved their very own place in the heavy metal landscape and are poised to go even further in 2019 and beyond. Hailing from Donetsk, this Ukrainian musical oddity formed in 2009, but consider the official start of the band with the addition of the incredible vocalist and femme fatale, Tatiana Shmayluk, in 2010. Since then, JINJER have been nominated and won the Best Ukrainian Metal Act award for Best Ukrainian Metal Band multiple times.

JINJER have built upon the successes of their previously released Micro EP with their latest full-length, Macro – boasting impressive worldwide chart debuts, remarkable critical acclaim, and millions of track streams and YouTube views – all the while selling out the vast majority of their international live performances in support. With Macro, JINJER have truly arrived in metal stardom territory and are on the verge of conquering it. 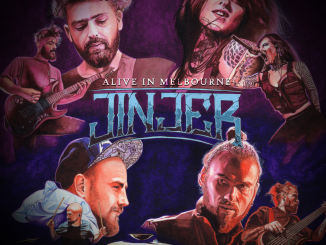 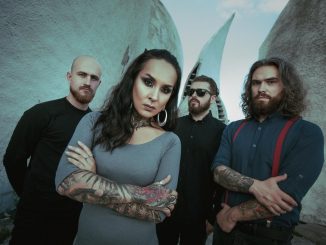 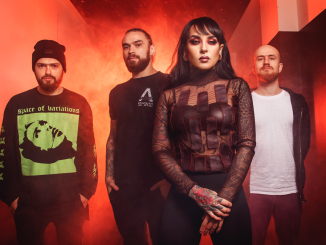