There are not a whole lot of Christian rock artists out there with the capabilities to be appealing to both Christian and secular fans. Well, Skillet happens to be one of those few exceptions. Armed with profound guitar hooks, ardent beats, and inspiring lyrics, Skillet is one of the top Christian heavy rock acts today. The only other groups that have been able to walk in both worlds would be Stryper, Demon Hunters, and August Burns Red. Rabit and I have seen them twice already, and we were about to make it 3 when we heard they would be coming back to the City National Grove in Anaheim on their Victorious Tour, a continuation in support of their latest LP, Victorious. Playing to a sold-out crowd on a Sunday night, they were joined with alternative nu metal gurus From Ashes to New. Also, Skillet’s drummer Jen Ledger would be opening the show as a solo artist, having dropped her debut EP last year, Ledger. Our scorching rock spirits were about to be unleashed!

Ledger got things started with her first song of the night, “Iconic.” Her band consists of 2 guitarists, Luke Andrews and Alex Williams, and drummer Jalon Richard. Andrews and Williams played off each other very well, trading off sick riffs that were turbo-charged. Richard was a rhythmic tornado behind the kit, mixing alternative, pop, and rock elements into the beats. The real star, of course, was Ledger of course. I always knew she had a gorgeous voice, but it was awesome to see her put out her own creation and letting herself fly freely at the Grove. The fans were impressed with her original tunes, and her vocals were even more beautiful with her out front. Sometimes though, her voice did not come out thoroughly enough, but that was a soundboard issue. Ledger gave her fans “Rampage,” “Warrior,” “Goner,” “My Arms,” “Cosmic,” and “Not Dead Yet.” She had the crowd engaged the whole step of the way, and they loved her set. I cannot wait for her to put out more solo stuff and see what new journey she will take her listeners on.

It has been a couple of years since we caught From Ashes to New performing with 10 Years at the Roxy, but we were super stoked to see them again. Riding off the coattails of The Future, FATN revved up the engines with “Broken.” The combined vocal everts of rapper Matt Brandyberry and melodic screamer Danny Case is uncanny. They both gave the fans the best of both musical worlds, nu metal swiftness and alternative/electronic excitement. Lance Dowdle layered the music with his metallic, heavy alternative guitar hooks, digging his heels deep into the soul of FATN. For the first 2 songs, he wore a Kabuki mask to give himself some mystery (or more likely to be cool. LOL). Ever since Mat Madiro came in on the drums, he gave the group some added metal flavor that molded smoothly with the hip-hop swagger. From Ashes to New gave the crowd, who was jovial to see them again, a taste of what their new record will sound like with the new track, “Death of Me.” Along with the new track, we also heard “Land of Make Believe,” “My Fight,” “Stay This Way,” “Panic,” “Breaking Now,” “My Name,” and “Nothing.” The best song of their set was “Crazy,” a tune that speaks volumes to everyone who has been driven crazy by someone or dealt with stress and anxiety. They closed their killer set with “Through It All,” ending things with a huge bang!

Full From Ashes to New gallery below:

Shot like a rocket up to the sky, Skillet lit up the room with their opening number, “Feeling Invincible.” Bassist and frontman John Cooper is like hurricane; a prevailing storm on the mic and his axe. He has this way with the crowd, making them part of his extended while introducing them to his Christian side, even if some of the fans are not Christians like him. An excellent showman of heroic scales, when Skillet started in on “You Ain’t Ready,” he brought out his signature extinguisher gun set, shooting out smoke into an excited Anaheim crowd. Along with Ledger, who whammed her drum kit with marvelous fortitude, they both layered majestic singing styles that always play off each beautifully. John’s wife, guitarist/keyboardist Korey, shredded the rhythmic riffs with intensity, while lead guitarist Seth Morrison churned out fiery, majestic solos on his PRS Mark Tremonti signature. Ever since he joined the band, Skillet has been reaching new summits in not only the heavy Christian rock scene, but also the mainstream metal world as well. Touring cellist Tate Olsen even gave some the tunes an amusing, symphonic vibe.

From Victorious to Unleashed, Comatose, and Awake, Skillet showered Anaheim with hit after hit from the albums that helped catapult them into the Heavens with “Not Gonna Die,” “Whispers in the Dark,” “Legendary,” “Awake and Alive,” “Back From the Dead,” “Hero,” “Undefeated,” “Never Surrender,” “Victorious,” “Comatose,” “Monster,” and “Rebirthing.” The group would also treat the fans to a song from one of their earliest releases, “Saviour.” I will admit, I only heard a little bit of their stuff from before Comatose. I am surprised at just how good those songs are and they do not usually perform them live anymore. When they went into “Stars,” all the members including Olsen gathered to the front, performing an intimate version that made the song more impactful. Wanting more, Skillet bequeathed the Anaheim loyalists with an off-the-wall encore of “The Resistance.”

Feeling victorious after that night, Skillet put on their best Anaheim performance to date. Compared to 2017, the set was even more bombastic and the energy was on point. It is always amazing seeing these guys kick ass, and I never get sick of it. From Ashes to New brought rap rock brilliance to the stage, and Jen Ledger is coming into her own as a solo artist. Like I said, I look forward to seeing what else she has up her sleeves. It was a good night to be awake and alive. To Skillet, From Ashes to New, and Ledger, I salute you. Horns up!!! 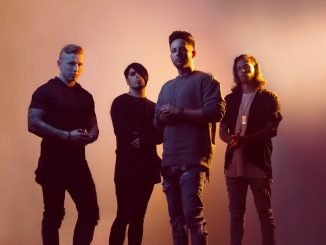 Album Review: From Ashes to New, The Future 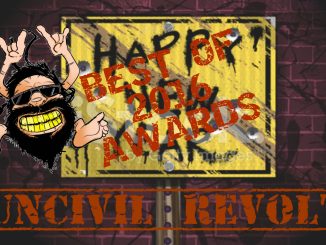