First New Album in Five Years, “Lamb Of God,” Due Out June 19

LAMB OF GOD has revealed a new guitar playthrough video for “Memento Mori,” the second single from the band’s June 19 self-titled release on Epic Records.

“I had been sitting with the music for the intro and the post chorus for quite a while,” guitarist Mark Morton explains. “I was trying to develop those two parts as separate songs altogether and was a little bit stumped, particularly with the intro piece. Me, Willie and Josh Wilbur (producer) were doing demos in the studio and the idea came up to try to mash those parts into the same tune and everything just took off. It was one of those times where once I knew what we were trying to do, the riffs just kind of fell out of me like they were writing themselves. It’s always a crazy feeling when that happens. Vocally, Randy heard the intro and said he instantly got a throwback Sisters of Mercy type vibe from it and he took off from there.”

“Memento Mori” was released as a single, accompanied by an eerie official video, on March 17. Executed from a narrative treatment written by vocalist D. Randall Blythe, the “Memento Mori” video features the band performing the unrelenting album opener from the new album. Lyrically and visually, the message of both the song and video are extremely topical, offering hope at a time of societal and personal upheaval.

“Memento Mori” followed on the heels of “Checkmate,” the first new music from LAMB OF GOD in roughly five years. The band’s most recent single, “New Colossal Hate,” was released last week. All three songs are set to appear on the band’s eighth studio album, which was produced by longtime collaborator Josh Wilbur (Gojira, Korn, Megadeth, Trivium). Lamb of God will be the band’s first record with drummer Art Cruz, who sat behind the kit with LAMB OF GOD in 2018 and became an official member the following year.

The new album features guest appearances from Jamey Jasta (Hatebreed) and Chuck Billy (Testament). Blythe sounds more driven and insightful than ever on Lamb Of God, offering up the angriest and most comprehensive diatribes, addressing modern life in the current landscape, of his storied career thus far.

Lamb Of God pre-orders are available at https://lambofgod.lnk.to/LOG.

LAMB OF GOD propelled heavy metal into the new millennium two decades ago with their genre-defining New American Gospel. They followed with 2003’s As the Palaces Burn, which made the Rolling Stone list of the Top 100 Greatest Metal Albums of All Time. Ashes of the Wake (2004) was the first LAMB OF GOD album to be certified gold by the RIAA, followed by Sacrament (2006), which debuted in Billboard’s Top 10. Wrath (2009) earned the No. 1 spot on Billboard’s Hard Rock, Rock, and Tastemaker charts and was No. 2 on the Billboard 200. Those No. 1 positions were repeated with Resolution (2012). VII: Sturm und Drang (2015) debuted at No. 3 in North America and in the Top 5 in several countries. The single “512” from VII: Sturm und Drang received a Grammy nod for the “Best Metal Performance,” making it LAMB OF GOD’s fifth Grammy nomination. 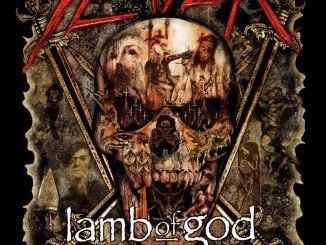 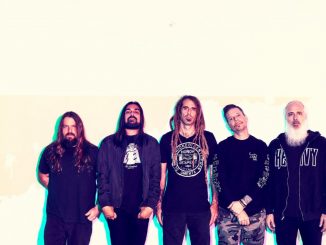 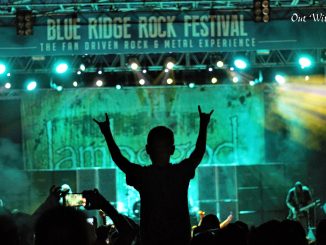