I was introduced to CAGE9 in 2017 when the album ILLUMINATOR came out and they quickly became one of my favorite bands. As I shifted backwards into their arsenal of music I realized this band is probably one of the most underrated bands. The music is emotive, catchy, diverse and powerful. In 2019 the guys topped everything in their discography when HYPESTHESIA got released. This album was perfection from start to finish in my opinion. You heard the growth of the writing, the music had more depth and powerful messages. Evan Rodaniche is a mastermind from songwriting, behind the scenes technicality and his visual driving concepts. All that was emerged and thrown back into our lives with the bands latest single and lyric video release of D.O.A.. A monster of a tune with a poignant tale to tell about Narcissistic personalities. I had the extreme pleasure to chat with Evan about the song, finding a true passion and the future of the brilliant band CAGE9.

Q: D.O.A. newest single is out. The song deals with a topic about Narcissistic personalities what was it about this topic that empowered you to write a song about it?

A: There have been a few people traveling in my orbit over the past year that have inspired me to comment on this topic…I will leave it at that!

Q: When I looked up Narcissistic disorders a article saying its found more commonly in men. Do you have a opinion on that?

A: Well Narcissus was a man of course…but I think in the myth, the pond in which he spent so much time looking at himself apparently had also been enjoying looking at itself reflected back in his eyes.  So it’s probably a pretty universal thing – although I won’t make apologies for douchey men haha.

Q: Also the word character was used to talk about the storyline in this song. Is CAGE9 coming up with a full concept album?

A: I hadn’t thought of making a full album just yet although I do have a big bag full of ideas at the moment.  I like where you’re going with this tho:-)

Q: A lyric video is linked to the new single as well. Who put that together and do you find lyric videos help your fans relate to you as the artist more?

A: I had planned to shoot a full video to release with this single with an actress to play the main character, a location and everything.  I do most of our videos myself tho and it is a lot of work (I also do all our recording and mixing) – and I kinda’ ran out of motivation to go through with it.  Then the virus hit and it was history anyway.  The quarantine gave me time to really tweak the song and since I was excited about putting it out I decided a lyric video was better than nothing and yes, I think it’s a great way to pull people into the meaning of the track.  My friend Jose Vergara (in Colombia), who also has a band I produce called Frankie Jazz, did the graphics and cover – that’s my distressed looking hand haha.  I did the lyric effect.

Q: Seeing so many bands releasing singles these days. Do you feel in this day and age its the way to go? And why?

A: One could argue that people’s attention spans are shortening.  Plus you can always release the singles later as part of a full album and then you can keep giving fans something every few months instead of one album every few years.

Q: CAGE9 has been a band since 1993 and you have been the founder. Being able to have a platform to not only get your stories out but to help others in the process how does that make you feel?

A: I’m incredibly grateful that people can enjoy my music!  Sometimes I create music on autopilot…I don’t really have a goal other than to create.  There’s ups and downs where I’m not sure WHY I’m spending my time making music.  But really it’s just a goal in life to look forward to – the finishing of a song or album or video.  It’s nice to have that excitement.  Even if it doesn’t mean fame and fortune.  I really can’t imagine doing anything else – so here I am!

Q: What does the future look like for CAGE9? Any plans being drawn up once this pandemic is subsided?

A: The only plans at the moment are to keep writing and recording music.  I’d love to play shows again but I guess it’s not something we can even think about in the near future – the way things are looking.

Q: If you had to put one of your songs in a time capsule which one would you put and why?

A: Maybe “Dead Letter,” from our album “El Motivo.”  It really defined that time in my life and there’s just something genuinely haunting in the lyrics and melody.  Very real.

A: Think about how art – music, movies, stories – improve our lives!  The tapping of the creative mind is what gives us scientific discoveries, the will to cross unknown oceans, space etc…  It’s what makes us human – and definitely does not get enough credit.  Plus, it’s a skill that’s literally available to anyone who looks for it.

Q: What do you hope people will remember most about ur art/music?

A: Jeez – I don’t know.  I hope people enjoy my music and it improves their life in that moment.  I don’t really care if I’m remembered in the end.  No one really is if you think about it.  We’re all just passing through.

Q: If you could give people struggling with finding a passion they love to do, what advice would you tell them?

A: Remember your biggest enemy is your own mind.  It wants to second guess everything you do and compare it to every other great thing that’s ever been done.  That’s an impossible game to win.  Add social media to the equation and it’s even harder…because you can instantly SEE all the great things everyone else is doing – and wow, you really suck.

So above all else – you need to just put one foot in front of the other and MAKE something and don’t JUDGE it immediately.  Do you like the direction you’re going?  Yes?  Great, keep going.  No?  Fine, stop.  Start again.  Pretend no one cares.  Mostly they don’t.  Do whatever it takes to make you feel good about it.  Need to steal an idea from someone else just to get you to the next step?  Do it.  All great artists steal a little bit and make it there own.  It’s how we advance.  It can also be called learning.  We learn from our teachers like we learn from other artists.  Use it.  Twist it.  Change it.  There are no rules.

And almost without fail, there will be a point that you think what you’re doing is horrible…especially if you’ve worked on it for awhile. The novelty wears off and it’s not exciting to you anymore.  That’s where you have to make an effort to remind yourself that in the beginning, you thought it was great.  So if you’ve come this far – there must be magic in there somewhere – so you learn to try to step back and do the work while keeping a subliminal connection going to the soul without letting your brain ruin it.  Takes a little practice.

Ok.  I have gone in circles but I hope that makes sense!

Q: Empower another artist by telling us someone u admire and why you admire them?

A: This might come out of left field but I really admire Devendra Banhart and love his music.  It’s so weird and moody – it really sounds like someone who just gets in a room with a bunch of musicians and makes whatever feels right at the moment.  A really true artist.   I aspire to get to that point…where you leave the mind on the sidelines and just channel what’s in your soul as unobstructed and directly as possible.  That’s where the magic is. 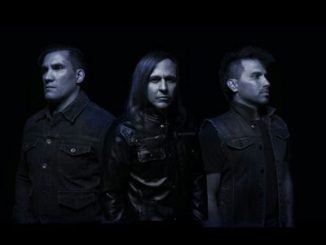