Blue Oyster Cult’s first new album in nearly two decades is a phenomenal, musically varied album. It has all the classic elements one expects from the band with a lot of awe inspiring, incredible touches that show they aren’t playing it safe, and the results are fucking incredible.

Trail blazing opener That Was Me is a hard and heavy rock song, raw, dirty, and defiant, just like B.O.C. Have done best since 1972. Bucks solo is earth shattering.

Box In My Head follows, a nice up-tempo blissful like song similar to Shooting Shark mood wise, with some nice lyrical twists like “is the cup half empty/is the skull half full,” fucking brilliant. While other bands of their stature rest on their laurels or write weird trying too hard comeback records ala Motley Crue with Saints Of Los Angeles, instead of forcing themselves to write another Secret Treaties, they just go in and do what they do naturally. Which is how 13 by Black Sabbath should’ve been done, well, how any record by any band should be done.

Tainted Blood has an incredible riff and guitar part and the most hauntingly beautiful vocal melody I’ve heard on a B.O.C. Record. Spine chilling and blood curdling. A vampyric ballad, not your corny Twilight type of song, a damn good ballad with real emotion, not some More than Words bollocks.

Nightmare Epiphany is a fucking incendiary piece of sonic art. Throwing some experimental curveballs in the best ways a bluesy type shuffle and a well delivered vocal, fuck it’s different but yet so good. Jazzy and bluesy and full of atmosphere. These guys have such incredible vocal harmonies and just all around in such a desperate, desolate atmosphere In the world right now, this gives me such joy to hear a truly good real rock record with twists and dexterity musically.

Edge Of The World has the coolest god damn motherfuckin groove written since Trampled Under Foot by Led Zeppelin. Amazing vocal delivery and riffs and hooks galore. Ladies and gentlemen, this is rock n fuckin roll. Lyrically this falls in line with their classic records, songs like Career of Evil, and, unfortunately, just as relevant.

The Machine starts off with an iPhone ringing and then goes into a classic fucking B.O.C. Boogie hard rockin riff. God damn. So sexy and reeking of decadence. The pot smoke permeating out of a rocking van. Incredible hook and melodies.

Train True has a howling harp train whistle and we’re rockin. A nice chill rockin tune in the Stones vein, with all the nice twists they always throw in. Nothin spectacular but nothin wrong with it, either. Just a god damn cool song. Dig?

The Return of St Cecillia is a absolute banger, a balls out old school rocker. It’s got that punk venom.

Stand And Fight starts off with a nice ratty bass line building up to an almost doom metal level. It may be their heaviest song yet, Eric Bloom sounding more badass than ever.

Florida Man has a nice clean guitar tone, with a gorgeous vocal melody. A story telling song, which the band has always been good at, and this is yet another great song.

The Alchemist is another balls out heavy number, a piano complimenting, the mood is similar to that of Flaming Telepaths, and the guitar solo is phenomenal. This record is so full of venom and dark tranquil beauty all at the same time.

There’s A Crime is a fast punky rocker, just reeking of piss and vinegar.

This record is the kind of record the rock world desperately needs. Too much uninspired boring repetitive corporate bands saturated the market with polished turds birthed out of shallow status and money. This is a pure, real rock record written with feeling and emotion. 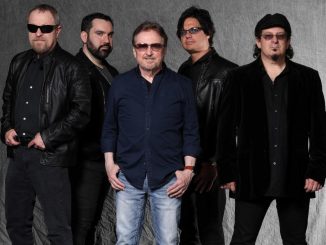 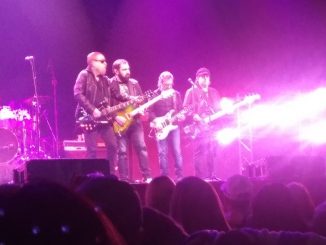