I have never been a huge fan of these reality singing competition shows like The Voice or American Idol. However, in 2011, I decided to watch the 10th season of American Idol because Aerosmith’s Steven Tyler became one of the new judges. Being a fan of Aerosmith, I just could not resist, and I am glad I for that. While watching the auditions, this one spikey haired 21-year-old man wowed the judges and myself with his take of Muddy Waters’ “You Shook Me,” only to follow that up with Aerosmith’s “Dream On” just for the hell of it. His name was James Durbin, and he brought heavy rock to the show. I learned that he overcame obstacles such as Tourette’s and Asperger syndrome, the latter that I have. I rooted for him, where he made it to the Top 5, but was eliminated at #4. Since then, he has been involved in different musical projects, including 2 years as the frontman for Quiet Riot, where he recorded two albums. Now he is about to release his debut album with Frontiers Records under the moniker Durbin, entitled The Beast Awakens. When offered a chance to interview, I could not pass it up.

After giving him a grand intro, we both acted like fans cheering him on in a stadium. We would reminisce the last concerts we attend before COVID-19 hit us. Mine was Dragonforce, and he saw Shooter Jennings, son of country outlaw legend Waylon Jennings. Growing up doing theater in high school, Durbin found he had a knack for performing and went for. We would briefly discuss his time on American Idol, where he told me a little backstage story about meeting Steven Tyler just before he went in to audition. We then went into The Beast Awakens, where he would talk about demoing all the songs himself and bringing in the musicians he wanted on the record. He told me how he got Fozzy’s Chris Jericho and Machine Head’s Phil Demmel involved in “Kings Before You.” Side note, I accidentally confused the song with “The Prince of Metal,” but Durbin corrected me and we laughed it off. The album will also feature guest guitarists that he selected for certain songs based on how they perform, and they include Jon Yadon Jr., Marc Putnam, Dylan Rose, and Nick Gallant. We would talk about his time in Quiet Riot, and why he decided to leave after recording Hollywood Cowboys

It was extremely cool to talk with Durbin. This man has an amazing voice and he can rock the stage like a badass. I actually thanked him for representing people who have Asperger’s syndrome and being a source of inspiration for myself. He is one of the main reasons why I do this. As for The Beast Awakens, well I am really digging what I am hearing so far. His star is shining more brightly than before as his mission statement stays true, “Give metal a chance.” To James Durbin, I salute you. Horns up!!! 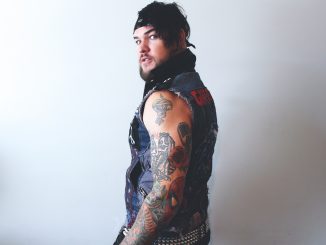 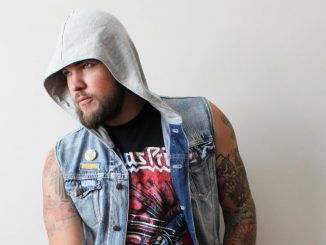