My colleague, Andy ‘Thunder’ Miller, is a huge fan of Pentagram. For those that are ignorant, Pentagram is a metal outfit hailing from Alexandria, Virg., that was instrumental in the metal movement along with Black Sabbath. Not only that, but they also pioneered the doom metal sound. Their frontman Bobby Liebling is the only original member left and is one of the ultimate rock ‘n’ roll survivors. From drugs to mental illness, Liebling has been through it all and preserved. Now he is taking a new rock ‘n’ roll journey by forming a new supergroup with members of The Stooges, Testors, and Dawnrider. They call themselves the Limit, and they take doom, punk, and Portuguese metal to max with their debut album with Svart Records, Caveman Logic.

The Limit fires up the engines with the opener, “Kitty Gone.” The sonic drive of the guitar riffs is scorching thanks to lead Sonny Vincent (Testors) and rhythm player Hugo Conim (Dawnrider). Liebling is a driving force on the microphone. This is the way to introduce the band. “Black Sea” has that late 60s sound where the blues and punk have gone to the dark side of garage rock. Vincent plays this smooth solo that reminds me of something Ron Asheton of The Stooges would create. This song is two minutes of hard rock fun. “Human vs. Nature” is proto punk at its finest. I love the subtle yet slightly aggressive voice of Liebling on this tune. The steady, chugging drum beat from Joao Pedro (Dawnrider) matches the heavy, punk bass lines of Jimmy Recca (The Stooges) flawlessly. When I hear “These Days,” I can hear some pop hooks thrown in there. The Limit actually pull it off as pop hopes into the rock pool, swimming gracefully with hard rock and punk. Vincent pulls off two solos, with the second one hotter than the first.

“Over Rover” brings Liebling into some familiar territory as Conim performs a doom riff in the beginning. Recca has one foot on the fast punk side and the other on the slow churning doom metal side. The vocals are superb as Liebling never lets up. “Enough’s Enough” is one of the slower numbers off Caveman Logic. It is filled with a lot of soul as Vincent performs a poignant blues style solo that would be perfect for a Yardbirds song. I love the way Liebling adds a little country flavor into his voice without getting too twangy or melancholy. Halfway through the album, and we approach the title track, “Caveman Logic.” This is a straight up hard rock song that starts with a solo intro. The chemistry these 5 talented musicians have on this song is fiery as each one nails their parts. This song is one of the standalone tracks that fans will cling to. “Fleeting Thoughts” is the longest song as it clocks in just under 5 minutes. The Limit takes a jab at cancel culture and lack of originality in entertainment as Liebling proclaims they “turn our brains into tomato soup.” Conim and Vincent are a combustible duo as they give the riffs a shot of steroids.

“Death of My Soul” is doom soaked as the guitars and bass are tuned down a step. Pedro continues the fine line of playing steadily and bombastic simultaneously. This is short but sweet to hear. Speaking of short, “Life’s Last Night” clocks in at just 1:35. Punk infused with a touch of speed metal, this song gets straight to the point, and the point is rock out. “Sir Lancelot” has a lot of zip in the guitars. I enjoy the funky punk bass licks Recca puts together. Where is Iggy Pop when you need him to duke it out with Liebling because he closely matches the punk rock explosiveness Pop was known for. Caveman Logic comes to a close with “When Life Gets Scorched.” This is my favorite track as I see myself singing this at a karaoke bar. The passion Liebling puts in his vocals with this song is amazing. This song has some stoner metal zest as I am put into a daze. Vincent composes probably the best solo off the album as he screeches and wails higher than before.

The logic that I have drawn from listening to Caveman Logic is that it is superb. The Limit take it to the limit with their incredible musicianship. As far as debuts goes for supergroups, this album is one of the best. The mixture of blues, punk, doom, stoner, and classic metal is a tasty recipe any metalhead would to sink their teeth into. Liebling was stellar on the mic, and this album is proof why he is unsung hero of heavy metal. I am glad he put this outfit together, and I feel that he can push the Limit even further down the line. To the Limit, I salute you. Horns up!!! 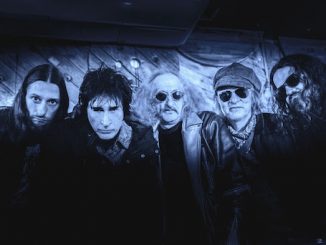 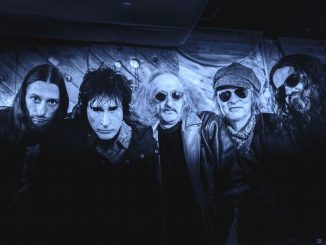